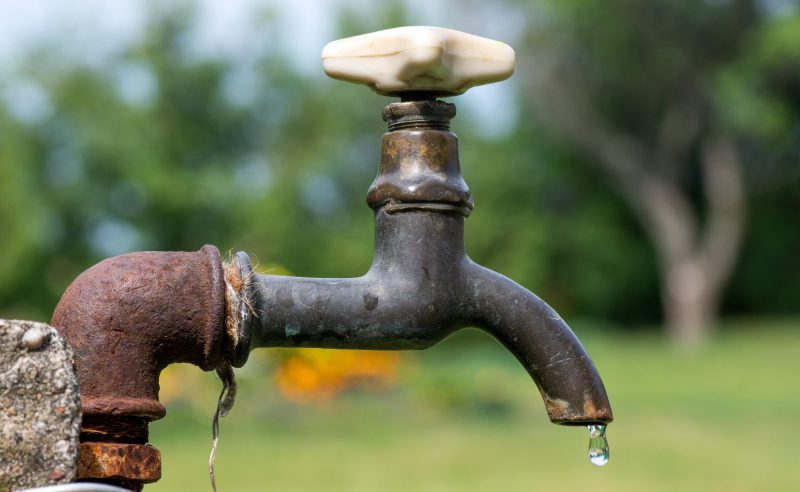 He said investing in the utilities would end the continued politicisation and poor commitment by state and local governments.

The Minister of Water Resources, Suleiman Adamu, has called on the private sector to invest in the provision of potable water supply for Nigerians.

Mr Adamu made the call on Sunday when he was featured on the News Agency of Nigeria (NAN) forum in Abuja.

He said investing in the utilities would end the continued politicisation and poor commitment by state and local governments.

According to the minister, the responsibility for the provision of water for citizens rests on the state governments, as provided in the constitution.

He pledged the commitment of the federal government to continue to play its part in ensuring that its dams had water all year round.

Mr Adamu said it was worrisome that many Nigerians had the perception that water was a social service which should be free, saying water was an economic commodity when harnessed properly.

He said plans were underway in partnership with development partners to corporatise water agencies so that they could make revenue in a sustainable manner.

Corporatisation is the restructuring of a state-owned asset or organization into a corporation.

“Huge efforts have been made in the last several years by the federal government through the Federal Ministry of Water Resources with support from institutions like the World Bank.

“These efforts were made to corporatise water agencies so that they can run like business entities.

“But, they have not been successful in many places, because state governments still don’t seem to want to appreciate that water must be paid for, of course, the communities don’t want that also, so it’s a political issue,” Mr Adamu said.

He said Nigeria is reaching a point where it is becoming impossible for governments at federal, state or local governments to support water supply without some sort of cost recovery.

“And if that’s the case, everybody knows also that government is not good at managing businesses or even doing cost recovery.

READ ALSO: ANALYSIS: What Nigeria, others should do to defeat Boko Haram

“So, we have been coming up with lots of strategies, including this aspect of corporatization of state water agencies.

“We are also trying to bring in the private sector, to understand and appreciate that you can actually make money out of water supply delivery,’’ Mr Adamu said.

The minister said under the water, sanitation and hygiene strategy, private sectors and philanthropic organisations had been contacted to carry out corporate social responsibility activities in providing water for the citizens.

Mr Adamu said strengthening the capacity of water institutions through an effective regulatory framework like the proposed Water Resources Bill would go a long way to promote private sector investment.

On the proliferation of boreholes in the country, the minister said with an efficient municipal water supply, Nigeria had no business drilling boreholes indiscriminately.

He said although the federal government could not stifle borehole drilling in the country, it was however worrisome that groundwater depletion might occur.

According to Mr Adamu, there is a need to start issuing licences to industries mining water indiscriminately, while hinting that penalties will soon be handed out to defaulters.

On river basin development in the country, he said the basin authorities had met their mandate in employment opportunities with the handing over of 50,000 hectares of land for commercial farming.

Mr Adamu said the ministry, in partnership with the Bureau of Public Enterprises, had begun the partial commercialisation of Niger Delta, Ogun-Osun, Upper-Niger, and Sokoto-Rima river basins for optimum performance and repositioning.

“There is a farm owned by the Ogun-Osun River Basin with a farmers market. They have now entered into agreement with the private sector concerned to rehabilitate the building, lease it out and revenue will come to them.

“We want them to stand on their own at least for most of their costs, like personnel costs, so they don’t have to rely on budget for something. So I will tell you it is progress,’’ he said.

Article of Faith: Prayer for Nigeria at 62, By Femi Aribisala