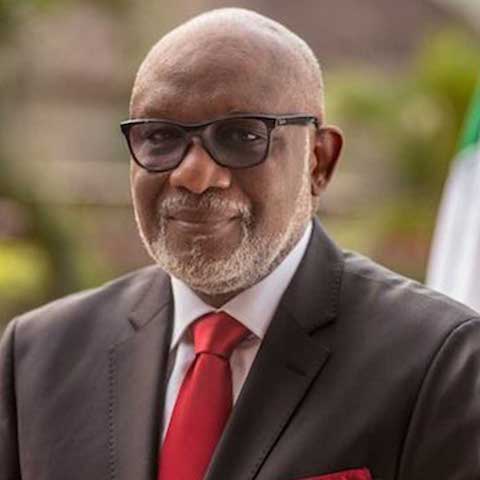 Rotimi Akeredolu writes about the need to face down conflict entrepreneurs and enemies of our p.eople

An official said the inmates received the mercy of the governor based on their good conduct.

Governor Oluwarotimi Akeredolu of Ondo State has directed the Comptroller of the state’s Federal Correctional services to release 16 inmates from its custodial facilities to mark the 2022 Independence day celebration.

Charles Titiloye, Attorney General of Ondo State and Chairperson of the state Advisory Council on Prerogative of Mercy said this in a statement on Saturday.

Mr Titiloye said the gesture was in accordance with the power conferred on the governor by paragraphs (a) (c) and (d) of Subsection (1) of Section 212, of the Constitution of the Federal Republic of Nigeria, 1999, (as amended).

He said the inmates who were serving various terms of imprisonment at the correctional centers received “the grace and mercy” of the governor based on their good conduct.

According to him, the inmates were recommended for release by the state’s Advisory Council on Prerogative of mercy.

Mr Titiloye said the governor urged the released inmates to be of good conduct and see their release as another opportunity to live a better life devoid of crime.

He said the governor also called on residents of the state not to discriminate against them and integrate them into their various communities.

Mr Akeredolu also commuted and reduced the sentences of 17 other inmates serving various terms of imprisonment in custodial centres in the state.

In Lagos, Governor Babajide Sanwo-Olu approved the release of 46 inmates from various correctional facilities across the state.

The approval was in celebration of Nigeria’s 62nd Independence Anniversary, according to a statement by Lagos State Attorney-General and Commissioner for Justice, Moyosore Onigbanjo (SAN).

The statement was issued on Friday in Lagos.

Mr Moyosore said the approval was based on recommendations of the Lagos State Advisory Council on Prerogative of Mercy.

“The exercise is in pursuant to the provisions of Section 212 (1) (2) of the 1999 Constitution of the Federal Republic of Nigeria (Amended).

“The Advisory Council on Prerogative of Mercy, in reaching its recommendations, exercised due diligence in its deliberation of the applications in line with the guidelines.

“The council took note of information provided by correctional authorities, the nature of offence, period of incarceration, age, health and behavioural conduct of the inmates,” the official said.

He added that the approval was in demonstration of the governor’s commitment to decongesting correctional facilities in the state as part of the state’s justice sector reforms. (NAN)