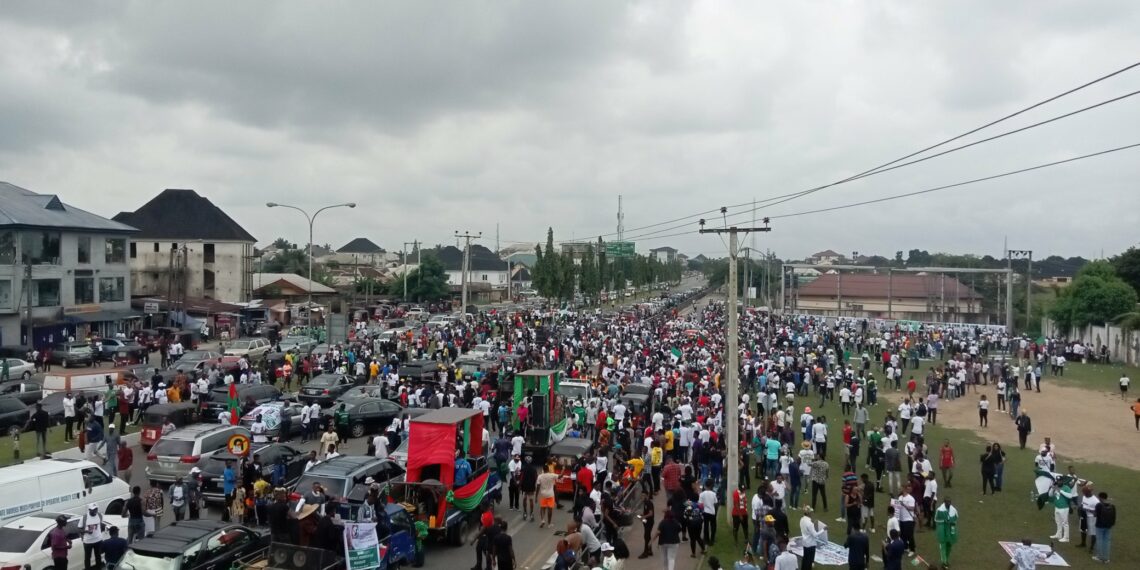 “The movement is revolutionary. It’s unbelievable.”

Residents of Uyo, Akwa Ibom State, came out in their numbers on Saturday to take part in a rally in support of Peter Obi, the Labour Party (LP) Presidential candidate for the 2023 general elections.

A similar rally is being held in Lagos State, Nigeria’s South-west.

Those who took part in the Uyo rally assembled by 10 a.m. around a water fountain by Nwaniba Road, one of the major roads in the heart of Uyo, from there they marched peacefully through the roads, singing, dancing, and waving the LP flags, alongside the Nigerian national flags.

Several youths carried placards indicating that they have taken a decision to support Mr Obi in next year’s presidential election.

“Woah, woah, woah! It’s unbelievable,” Anthony Abonyi, the coordinator of Peter Obi Support Group in Akwa Ibom State, said of the crowd and the mood, as he marched along with others.

He said for such a large crowd to voluntarily take part in the rally is a pointer that Nigerians are tired of bad governance.

Mr Abonyi said the rally is a way of letting the “government know that Nigerians are tired of bad governance”.

The Peoples Democratic Party (PDP) has been the dominant party in Akwa Ibom State since Nigeria returned to democratic rule in 1999.

It is, however, unclear for now what impact the support for the LP candidate would likely have on the PDP in the state.