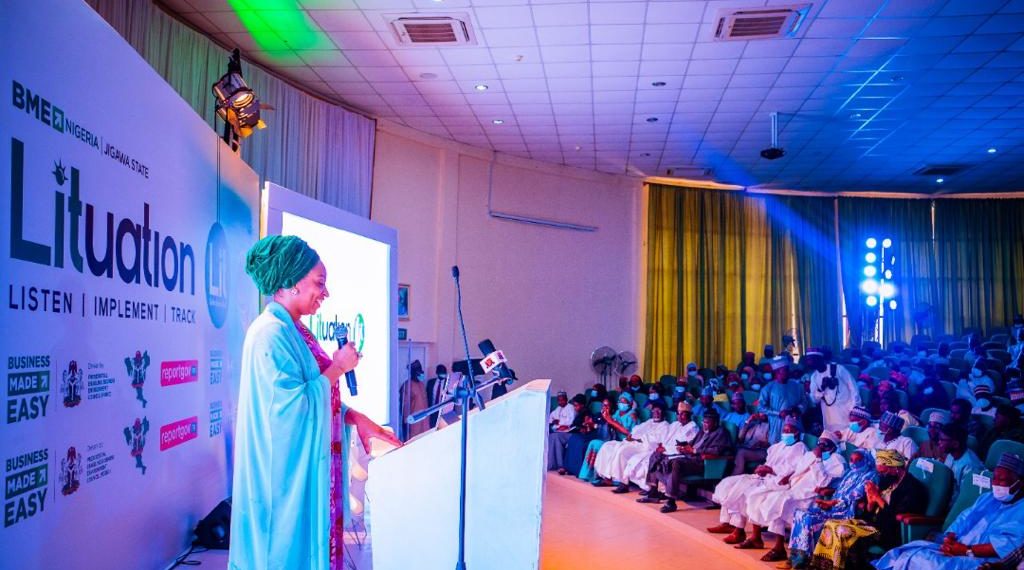 "The Omnibus Bill is an intervention of the Presidential Enabling Business Environment Council (PEBEC) aimed at consolidating and amending outdated legislative provisions towards removing bottlenecks for micro, small and medium enterprises."

The Special Adviser to the President on Ease of Doing Business/PEBEC, Jumoke Oduwole, has asked the House of Representatives to pass the Business Facilitation bill.

Ms Oduwole, in a statement on Wednesday, said the executive bill seeks to provide a legal framework for Executive Order 001 of 2017 on the promotion of transparency and efficiency in the business.

She said the bill is an Omnibus Bill that seeks to consolidate all existing bills toward removing bureaucratic bottlenecks that impede business in Nigeria.

Ms Oduwole noted that the members of the business community are eager to see the passage of the bill.

‘‘The Omnibus Bill is an intervention of the Presidential Enabling Business Environment Council (PEBEC) aimed at consolidating and amending outdated legislative provisions towards removing bottlenecks for micro, small and medium enterprises.

“It also seeks to ensure the sustainability of business climate and give statutory force to Executive Order 001 of 2017 on the promotion of Transparency and Efficiency in the Business,” she stated.

She noted that the bill got the approval of the Federal Executive Council (FEC) before it was transmitted to the National Assembly.

‘‘It would be recalled that the Federal Executive Council approved the bill on March 23, 2022, which was a culmination of four years of collaborative work by public and private sector stakeholders in the legal community anchored by the PEBEC through a sub-committee led by the Honourable Attorney General of the Federation, and implemented by a technical working group with the Federal Ministry of Justice legal drafting team and representatives from leading law firms and consultancy firms.

‘‘Stakeholders eagerly look forward to the speedy passage of the Bill by both chambers of the 9th National Assembly and signing into law by Mr President to reap the attendant benefits for the Nigerian economy,’’ the statement read.