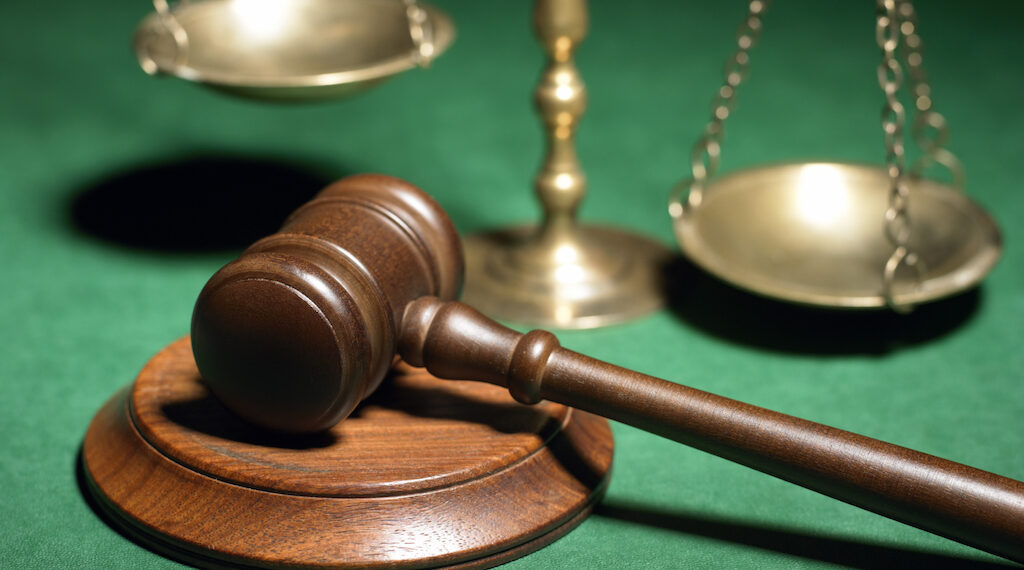 An Ikeja High Court on Tuesday sentenced a former ‘Baale’ (Chief) in Shangisha in the Magodo area of Lagos State, Mutiu Ogundare, and his brother, Opeyemi Mohammed, to 15 years imprisonment each for faking his own kidnap.

The News Agency of Nigeria (NAN) reports that the court had on 15 June discharged and acquitted the third defendant, Mr Ogundare’s wife, Abolanle.

The judge, Hakeem Oshodi, had on 15 June convicted Messrs Ogundare and Mohammed on three counts of conspiracy and fake abduction.

“I have considered the allocutus of the defence counsel. However, it is in the view of this court that the defendants showed no remorse during the trial.

“In fact, the first defendant tried to buy his way out of the court. A lesson has to be thought to serve as a deterrent to others.

“The sentencing shall run concurrently from the day they were arrested,” Mr Oshodi said.

NAN reports that Olarewaju Ajanaku, who represented the first defendant, in his allocutus on 15 June, prayed the court to temper justice with mercy.

Mr Ajanaku had prayed to the court that the convict had turned a new leaf and he did not think through his action when he committed the offences.

The second defendant’s counsel, Olayinka Owoeye, also in his allocutus, had prayed the court to temper justice with mercy, adding that the convict had learnt his lessons.

The state prosecutor, Jubril Kareem, however, urged the court to apply the provisions of law to sentence the convict.

According to the prosecution, the defendants committed the offence on 5th July 2017.

The prosecution said that Mr Ogundare put himself forward to be kidnapped for the purpose of causing a breach of the public peace, adding that his brother and wife aided in the crime.

NAN reports that former Governor Akinwunmi Ambode of Lagos, in July 2017, ordered the removal of Mr Ogundare as the Baale of Shangisha, for staging his own abduction.