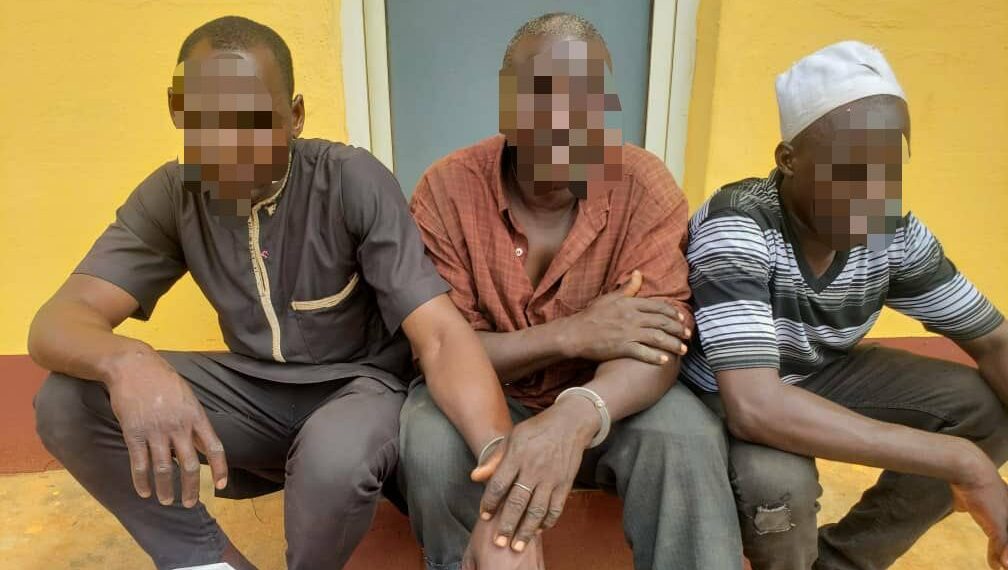 Police say the suspects were moving the ammunition from Lagos to Katsina.

The police in Lagos have seized a large cache of ammunition in two commercial buses and arrested three persons found with the consignment.

The police spokesperson in the state, Benjamin Hundeyin, confirmed the seizure and arrest in a statement he issued on Saturday.

Mr Hundeyin stated that police operatives from Ikorodu Division who intercepted the ammunition also discovered three dismantled motorcycles and some personal effects in the two buses.

He said the interception was done at Poromope Estate, Ijede Road in Ikorodu area of Lagos.

“Preliminary investigations indicate that the suspects, Tukur Abdullah, aged 35, Muazu Telim, aged 50 and Dahiru Idris, aged 36, were on their way to Katsina State with the ammunition.

“The suspects, the exhibits and the vehicles have been transferred to the Lagos State Command Headquarters, Ikeja for further investigations,’’ Mr Hundeyin stated. (NAN)