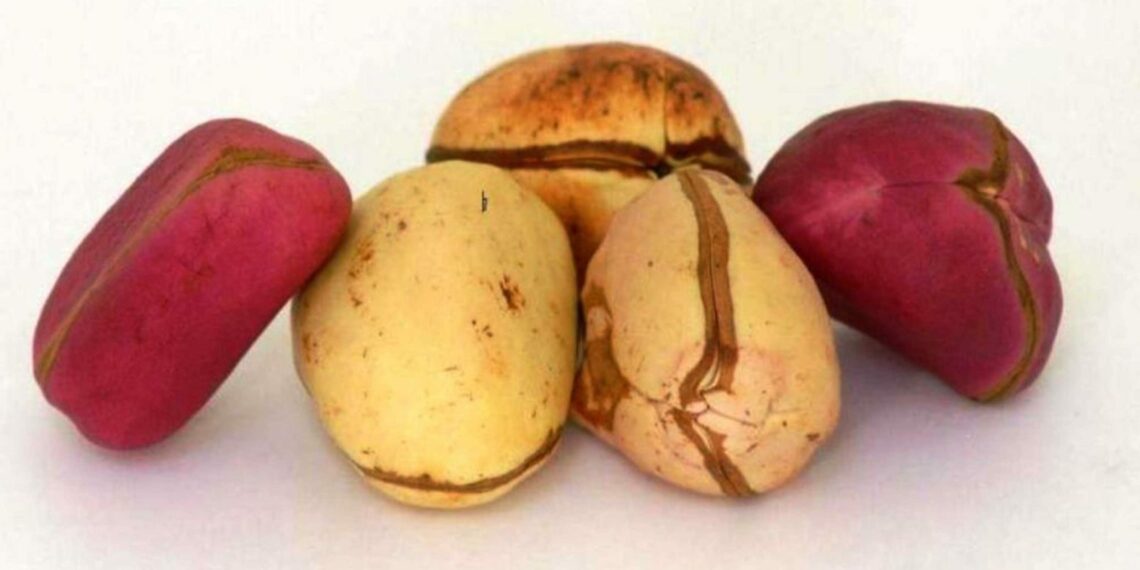 A seminar was organised recently at Nsukka to emphasise the importance of kola nut-breaking ceremony.

The apex Igbo scio-cultural organisation, Ohaneze Ndigbo, has said the Igbo tradition of presenting kola nut to guests is a sign of hospitality in the area.

The group stated this in a communique issued at the end of a one-day seminar by the Chairman of Ohaneze Ndigbo in Nsukka Local Government Area, Damian Opata, and made available to the News Agency of Nigeria (NAN).

It explained that the Igboland attaches some sacredness to the fruit, commonly called “oji”.

The group stated that the seminar was organised for traditional rulers, president-generals of town unions, scholars and other community stakeholders.

The communique reads: “Kola nut remains a symbol of hospitality, which is why the first thing offered to a guest as a sign of welcome by the host in Igboland is kola nut.”

In Nsukka area, the kola nut is first broken into lobes before prayers are said to ascertain that it had no bacterial infection, group said.

Mr Opata, a professor, said, “It is believed that any kola nut presented must be wholesome.”

According to him, infected kola nuts are usually thrown away since it is believed that “Ezechitoke” (God) and our ancestors will not accept it.

“Any person assigned to break kola nut among the Nsukka people does it and gives a lobe to the oldest person in the area for prayer.

“Kola nut and Ofo (traditional symbol of authority) constitute the two most important ritual symbols in Igboland,” he stated.

Mr Opata, a retired lecturer at the University of Nigeria, Nsukka, said the seminar was organised to emphasise the importance of the kola nut-breaking ceremony.

“This seminar is anchored on the need to explore the various practices associated with breaking of kola nuts and preserving them for posterity.

“In this age of modernity where many young persons have become alienated from their culture, youths should be taught how to break kola nuts in Igboland.

“The sacred fruit is an object of ritual and communing with God and our ancestors,” he said.

The group expressed appreciation to Governor Ifeanyi Ugwuanyi of Enugu State and the Chairman of Nsukka Local Government Area, Walter Ozioko, for their continued support for the Ohaneze Ndigbo.

It stated that the duo had shown passion in promoting the Igbo cultures and traditions.

Atiku’s attempt to reconcile with Wike, others belated – VON D-G

What Buhari administration should be remembered for in healthcare – Minister