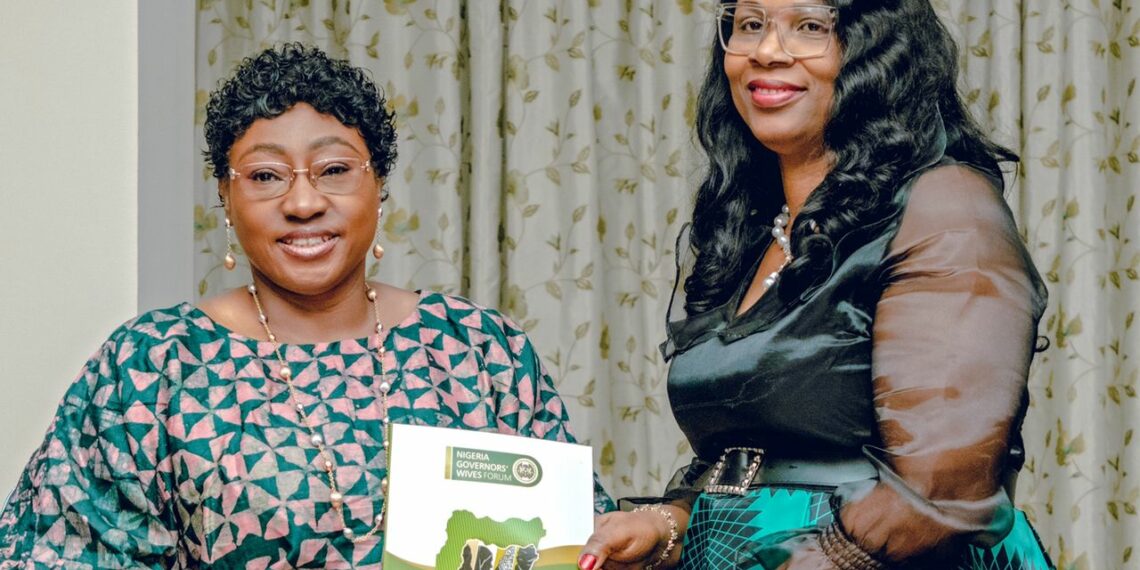 The incoming First Lady was acquainted with the workings of the state and her roles as the wife of the governor.

The handing-over exercise to usher in the new Ekiti State Governor has started, as the incoming First Lady, Olayemi Oyebanji, on Thursday, went through orientation on her new roles.

Her husband, Biodun Oyebanji, won the June 18 governorship election and would be sworn in on October 16.

Governor Kayode Fayemi last July named a 46-member committee to coordinate activities marking the end of his tenure as well as inauguration ceremonies for the incoming administration of Mr Oyebanji.

The governor’s wife heads the committee while the wife of the governor-elect is the co-chairperson.

Mr Oyebanji is a former secretary to the state government before he ran for the governorship.

Giving a brief note on the exercise, the outgoing First Lady of Ekiti, Bisi Fayemi, said on her Twitter handle, @bisiafayemi, on Thursday that she had an onboarding session and handover of documents to Mrs Oyebanji.

The session, she said, was to acquaint the incoming First Lady with the workings of the state and her roles as the wife of the governor.

“My team and I had an onboarding session and handover of documents for the incoming First Lady, Dr Olayemi Oyebanji and her team,” she said.

“The session is to introduce her to the internal workings of the office and the different department’s job roles and descriptions.

“I also officially presented her a copy of Learning on the Job, a Nigeria Governors’ Wives Forum (NiGWF) handbook for State First Ladies. I wish her a very successful tenure in office.”

Mrs Fayemi will be remembered for her advocacy, especially her efforts to curb sexual abuse of minors in the state and the review of laws introducing stiffer penalties for sexual offenders.

Issues-based politics and the 2023 election, By Jibrin Ibrahim

INTERVIEW: What the Federal Government can borrow from Lagos – Senator Abiru