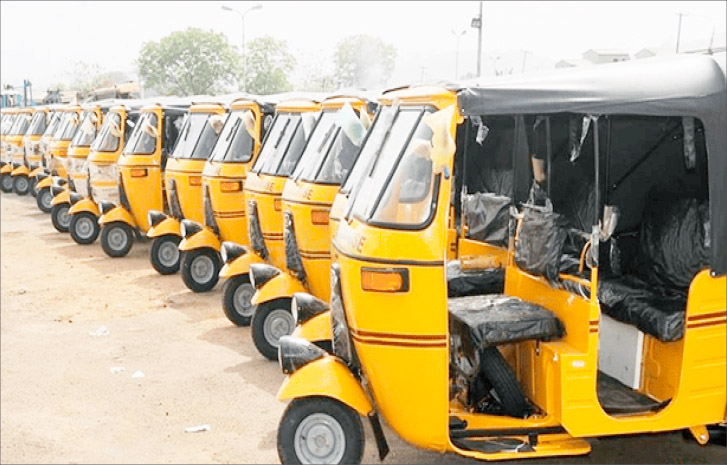 The chairman denied knowledge of sale of the stickers.

The Chairman, Lagos State Park and Garages Management Committee, Musiliu ‘MC Oluomo’ Akinsanya, has denied imposing the purchase of stickers bearing the photo of the presidential candidate of the All Progressives Congress (APC), Bola Tinubu, on commercial tricycle operators known as ‘Keke Napep.’

He made this known on Tuesday in a video on his Instagram handle.

Mr Akinsanya was reacting to a trending video that shows a yet-to-be-identified man perceived to be a member of the LSPGM imposing the purchase of the stickers on a tricycle operator.

The unidentified driver in the video, which began circulating on social media on Tuesday, insisted that he won’t “pay a dime.” He also said that he would rather park his tricycle than pay N500 for the sticker.

In the statement that followed his video, Mr Akinsanya said he was surprised to see the trending video.

“My attention has yet again been drawn to a video clip circulating online showing an altercation between two people regarding a sticker,” the statement read.

“It came to me as a surprise seeing that people were attaching the video to me and were also quick to state that it was a campaign fee to support the election of Asiwaju Bola Tinubu.

“Naturally, I would have just ignored knowing that it is the handiwork of naysayers. Being in an election session, I also know their malicious intentions and the cheap political goal they aim to get with the video. I am, however, compelled for the sake of clarity to set the record straight.

“I did not know anything about the said sticker, and neither did I sanction the sale. I would appreciate additional information as regards the location where the incident happened so that we can conduct a thorough investigation.”

He reiterated that the group is against anything that would “hamper the free flow of business activities or bring hardship upon our people.”

He added that Mr Tinubu has people who are willing to finance his campaign “and such money would not come from me or my office.”