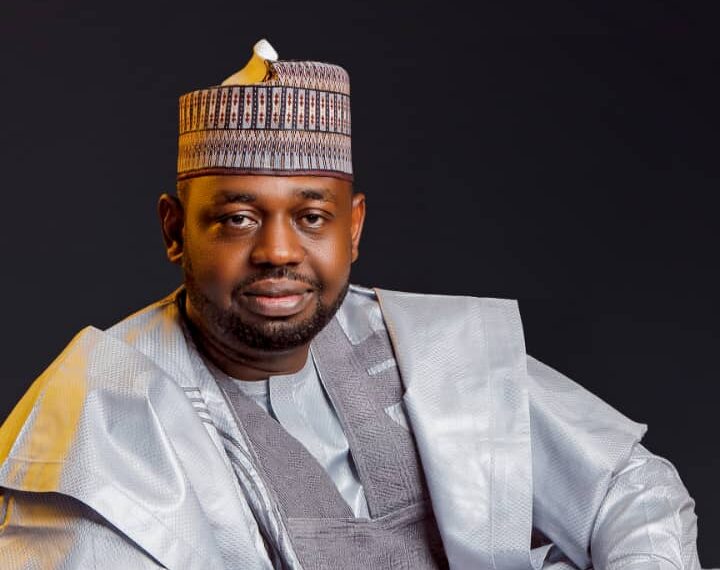 The senatorial candidate of the People Democratic Party (PDP) for Borno Central District, Jibrin Tanabe, has described as ‘forgery’ a letter bearing his signature indicating he has resigned from the senatorial race.

In the statement, Mr Tatabe accused the National Leadership of the PDP of forging the letter and of perpetrating perjury against him.

He claimed some leaders of his party from Borno State, who are based in Abuja, replaced his name with that of Muhammed Kumalia whom he said has contributed nothing towards the development of the party in the state.

In June, the Independent National Electoral Commission (INEC) published Mr Tatabe’s name alongside those of other winners of political parties’ primary elections.

Below is the full statement from Mr Tatabe:

I write to express my concern over the issue of abuse of power, impunity and forgery by the People’s Democratic Party (PDP) perpetrated against me. Since our national convention and the subsequent primary election conducted and candidates nominated there has been outright and open abuse of power and impunity by those who have been placed to manage the affairs of our party.

I contested and won the party primary election conducted in Maiduguri on the 23rd of May, 2022. I defeated my opponent by 244votes. The party subsequently issued me a certificate of return.

Some Borno State Abuja-based party leaders who are contributing nothing towards the development of the Party in State clandestinely tried several avenues to replace me with Hon. Mohammed Umara Kumalia failed to contest in the primary election knowing fully well that he will be defeated but I refused.

I honourably told (inquired) them why did he not contest the party primary. I told them I was voted by the delegates of my constituency thus representing them. The personality that purportedly substituted me was until recently a member of APC and the party in the State confirmed he is still their member and was suspended.

There are criteria for a returning member which has to be followed holistically as enshrined in the Party’s constitution because he/she has to lose his/her seniority.

They pushed further by involving the Deputy National Chairman, North (Ibrahim Damagum) but I was still repugnant and didn’t accept their proposition. The two Senatorial Candidates from northern and southern Borno are there on virtually most occasions they call for a meeting.

They subsequently initiated a court action by instigating my opponent to challenge the outcome of the primary election. After discovering that they will not win in court and seeing that the INEC substitution window is about to close they clandestinely forged my signature and substituted me. I have attached and circled the forged signature on the purported withdrawal documents sent to INEC in yellow and my signature in green.

To the best of my knowledge, I have NOT written any withdrawal letter and personally delivered the same to anybody. The purported withdrawal letter was addressed to the State Party Chairman. As the Almighty God is always on the side of truth I eventually got to know of their atrocities and swiftly instructed my Solicitor who wrote to the National Chairman to immediately discountenance the purported letter of withdrawal.

The solicitor equally wrote to the Chairman of INEC and the Inspector General of Police and copied other security agencies. I asked the State Party Chairman he instantly told me that he has not seen this letter and nobody gave him such letter.

I met the National Chairman Iyorchia Ayu and told him about the abnormality. He said he will investigate. It is a pity how can someone sign documents without knowing how they originated. The initiators of the Electorate Act amendment are conversant with such crude manoeuvres orchestrated by political parties hence the inclusion of some clauses that will forestall such fraudulent atrocities.

The Inspector General of Police has directed the Borno State Commissioner of Police to handle and thus far written statements were taken. But to our dismay, the State police command has written three times to the National Chairman inviting the National Deputy Chairman, North, National Organizing Secretary and a Director in his office but they all refused to show up.

These are well-mannered, educated, and humble individuals who turn into quite the opposite as soon as they enter into privileged positions. The privilege given to these individuals to manage the affairs of this party is being misused and abused and dynasties are related. This kind of impunity was what attributed to the Party’s failure in 2015.

We apply for and collected a Certified True Copy which clearly stated that there was no primary election conducted in Maiduguri on the 15th of July 2022.

We subsequently went to Federal High Court, Abuja and filled a case. Notices were served to INEC and the party but they both declined to respond. Seeing that we filed a motion on notice for an interlocutory injunction restraining INEC from publishing the name of the candidate and to our astonishment INEC was the first to counter the affidavit. They want to eat their cake and have it.

It will interest you to note that I followed up and won the Court case instituted by my opponent.

I implore you to kindly publish this story as breaking news on your widely read platform and also go further and obtain some of these documents from INEC under the Freedom of Information Act to expose the truth. It is my conviction that as a reputable print media outfit that is against impunity you will give it publicity and consequently it will make INEC sit up and do as appropriate. I will also urge you to beam your searchlight on INEC’s Legal department in conjunction with ICPC a lot is happening there. I will continue to keep you posted on further development.

Thanking you in anticipation.

My relationship with Queen Elizabeth – Obasanjo