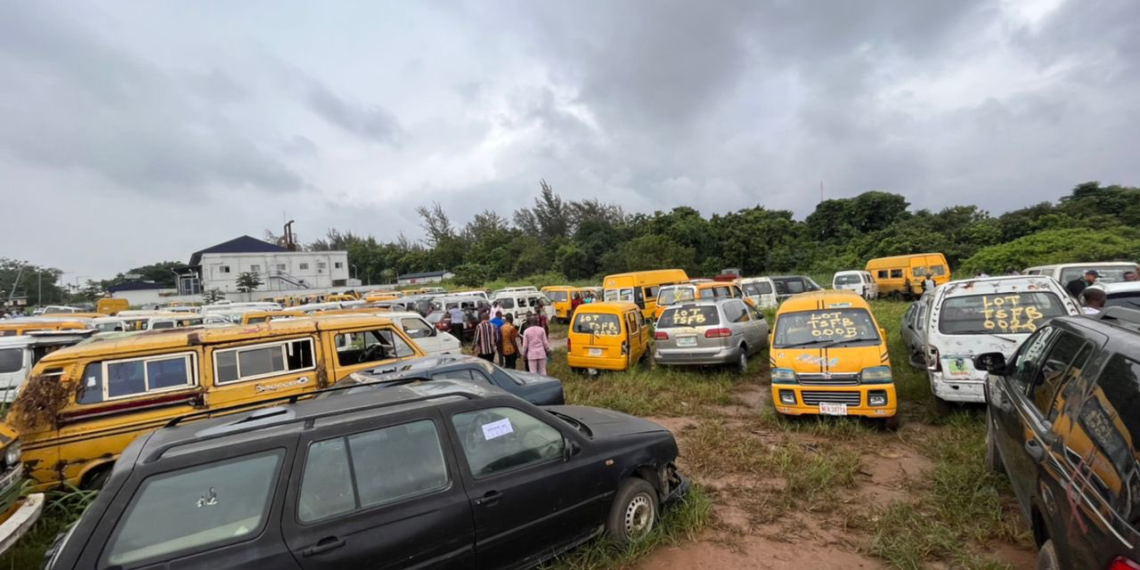 The APC described the visit by Jandor and Funke Akindele as "appalling."

The APC in Lagos State has condemned the visit by Olajide Adediran (Jandor) and Funke Akindele to the people whose vehicles were auctioned by the Lagos State government.

Seye Oladejo, the APC spokesperson in the state, in a statement on Sunday, described the visit as “appalling.”

He said by the visit, the duo, who are the guber candidate and running mate of the PDP, “have graduated from playing politics with human lives to blatantly encouraging the break down of law and order in our dear state.”

“The move of Jandor amounts to turning compassion and charity on its head,” the statement read.

“It was pathetic that he simply interpreted the loss of his hosts to having their means of livelihood taken away from them when in actual fact, people have lost their lives to accidents as a result of driving against traffic.”

Mr Adediran and his running mate visited some of the victims over the weekend, including one who lost his daughter while serving a three months sentence for a traffic offence. After serving the sentence, the government auctioned his vehicle.

The PDP candidate said the purpose of government is to seek citizens’ welfare.

“That is not to say that if you go on the wrong side of the law, you won’t be penalised for it. But we are standing against is that we don’t want a penalty that will take people’s means of livelihood away from them.”

Our attention has been drawn to the recent characteristic charade of the PDP governorship candidate in Lagos state, Jide Adediran.

It’s saddening that Jandor and his deputy, Funke Akindele, have graduated from playing politics with human lives to blatantly encouraging the break down of law and order in our dear state.

The visit to citizens who paid the price for violating state traffic laws, compensating , inducing and encouraging them is an act that’s totally unacceptable in any decent society.

The move of Jandor amounts to turning compassion and charity on its head.

It was pathetic that he simply interpreted the loss of his hosts to having their means of livelihood taken away from them when in actual fact, people have lost their lives to accidents as a result of driving against traffic.

However, we are not surprised by the promotion of lawlessness by the opposition party as it remains consistent with their desperation as we count down to the next elections.

Their role in the spread of Covid with the promotion and sponsorship of needless mass gatherings- ENDSARS- during pandemic and the social events hosted by his deputy, Funke Akindele are pointers to the lawlessness of the duo and their party.

We expect Funke to be eternally grateful to the state governor for receiving less than a slap on her wrist for a life threatening crime against the state.

There’s no doubt that good governance can only thrive where law and order prevail.

We recommend the recent honest admission of the former national deputy chairman of PDP, Chief Bode George, that the opposition party has no hope of winning elections in the South West to the political neophytes so that they can put their desperation in check.

They may wish to note that Lagosians are not fooled by their constantly playing to the gallery because they have nothing to offer.

Our government has the political will and duty to uphold the state laws at all times without succumbing to needless blackmail in the name of irresponsible politicking.