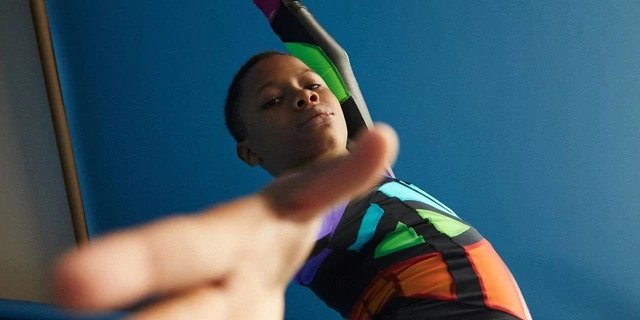 Mr Madu became famous in 2020 after a video of him dancing barefoot in the rain went viral on Twitter.

Disney Original is making a documentary on Anthony Madu, a Nigerian ballet dancer.

Mr Madu became famous in 2020 after a video of him dancing barefoot in the rain went viral.

The upcoming documentary ‘Madu’ captures the events after uploading a 44-second video of Anthony dancing in the rain.

Nigerian director Joel Kachi Benson, who won the Venice Award in 2019 for his virtual reality documentary ‘Daughters of Chibok’ is directing the feature project alongside Oscar nominee Matt Ogens.

Disney Original Documentary was announced at the D23 Expo, unveiling its future projects.

Chance of a lifetime

The documentary, he said, is a lifetime chance for Mr Madu to pursue his dream.

“Anthony’s journey is beautiful, full of courage, growth and acceptance. We aim to share unique, diverse and global perspectives with audiences full of magic and heart,” Javadi said.

In a joint statement, Joel Kachi Benson and co-director Matt Ogens said, “Our shared journey is about curiosity and creating an understanding of different cultures through our connection with each other.”

They described their experience on the project as a journey of discovery, growth, belonging and acceptance.

“Making his voice heard is our ultimate drive, and we believe Anthony’s extraordinary story will make the most captivating, emotional, and riveting film either of us has told,” they added.

Madu, who was 11 then, mesmerised many viewers worldwide with his pirouettes and leaps.

The video eventually fetched him a scholarship at the 100-year-old Elmhurst Ballet School in the U.K.

Footage of the feature documentary was shown to audiences at the D23 Expo held in California, USA, from 9 September through 11th.

‘Madu’ is part of a growing slate of films from Disney Original Documentary.

It is produced by Jamie Patricof, Katie McNeill and Rachel Halilej of Hunting Lane Films, while Marjon Javadi oversees the project for Disney Original Documentary.

2:Anthony Madu, a Nigerian ballet dancer who became famous in 2020 after a video of him dancing barefoot in the rain went viral.