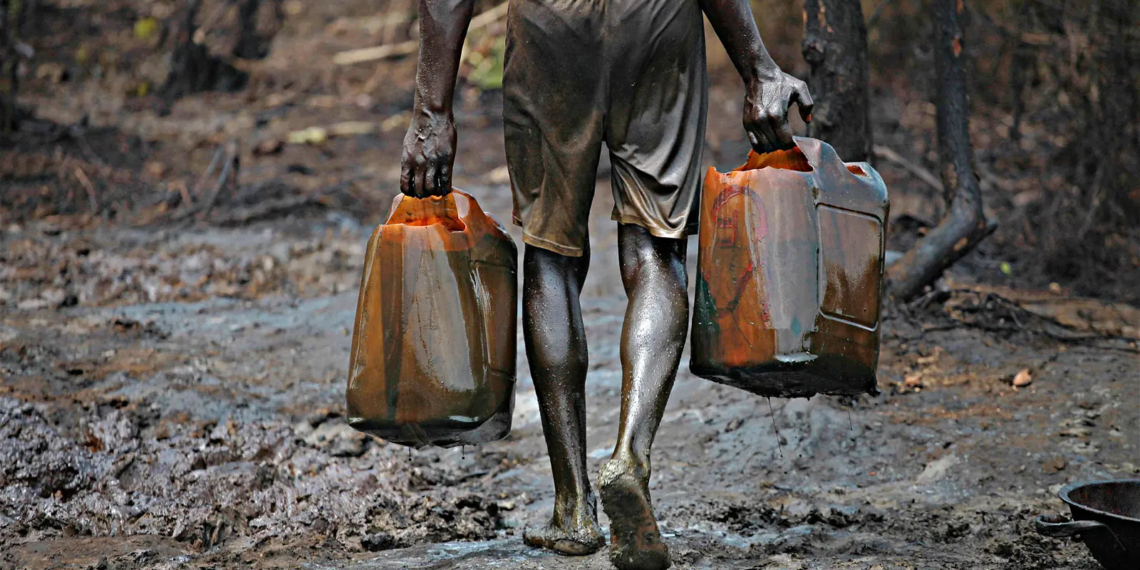 Libya, which pumped 1.08 million barrels of oil last month according to the survey, might also displace Nigeria if the trend persists.

Nigeria relinquished to Angola the glory it had held on to for over half a decade in August as the largely oil-dependent economy accounted for 1.13 million barrels in output relative to the Southern African country’s 1.17 million.

Losing that ground last occurred in April 2017 to the same rival, when the two nations were production by both nations averaged above half a million barrels daily, according to Bloomberg’s data.

Crude theft is a massive racket in Nigeria with roots in the Niger Delta region where thieves have built an industry of organised crime having links to politicians, officials in the public service and even the military. It has also come with immense implication for the region’s environment.

The crisis reached a head between January and March when Nigeria lost $1 billion to crude theft. That is about the sum the country needs to fight malnutrition among 4.1 million people needing urgent humanitarian aid in the country’s north-east this year according to the United Nations.

Libya, which pumped 1.08 million barrels of oil last month according to the survey, might also displace Nigeria on the continent’s top oil production hierarchy if the trend persists.

Data issued by the industry watchdog, Nigerian Upstream Petroleum Regulatory Commission, for August showed output at 972,000 barrels, implying the figure jumped to 1.18 million barrels when condensate, a by-product of natural gas production not permitted to be factored into OPEC quotas, is added.

The theft has in part denied Nigeria the windfall from the oil price boom fuelled by Russia’s conflict with Ukraine, which the likes of Saudi Arabia, Iraq and big oil corporations are fast cashing in on.

The other reason is the costly amount the country spends on subsiding the cost of petrol. The says it may have to commit N6.7 trillion to fuel subsidy in 2023 if the arrangement is retained.

Analysts say the scheme does not benefit the ordinary people so much as marketers using it for arbitrage.

INTERVIEW: Owo to Michigan: From Nigerian bus conductor to professor at American university