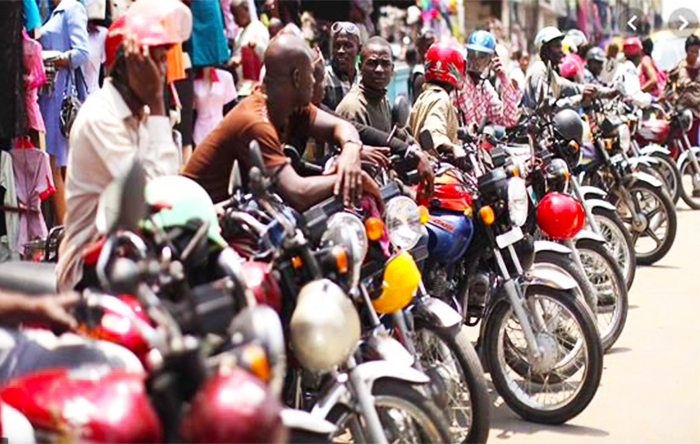 Okada Ban: Security agencies in show of force ahead of September restriction

Security agencies on Wednesday embarked on a show-of-force in Lagos, in a display of their readiness to enforce the ban on operations of commercial motorcycles extended to more areas of the state.

The spokesperson of the police command in Lagos State, Benjamin Hundeyin, said in a statement that it was done ahead of the 1 September commencement of the enforcement.

The Commissioner for Transportation, Frederic Oladeinde, said the further ban was the second phase of the plan by the state government to gradually phase out okada in the state.

The government had earlier pronounced the total ban of motorcycle operations in six LGs and the respective nine LCDAs under them, including all major bridges and highways, which had since taken effect from June 1.

Mr Oladeinde had said the state government had directed the police and other security and law enforcement formations within the State to enforce the fresh ban.

He had said they would be complemented by the “Anti-Okada Squad” that would be deployed to the new locations in a bid to stimulate seamless implementation and enforcement of the phase 2 ban in the state.

The second phase saw it extended to Kosofe, Somolu, Oshodi-Isolo, Mushin LGAs, and their respective LCDAs.

Mr Hundeyin said the state Commissioner of Police, Abiodun Alabi, had warned that violators of the ban would be promptly arrested and prosecuted.

“Law-abiding citizens are enjoined to go about their lawful duties without fear of harassment or intimidation,” he said in the statement.

Security agencies involved in the show of force include the police, military, paramilitary, State traffic agencies, and Nigeria Security and Civil Defence Corps.

NAN reports that the state government had warned that motorcycles impounded would be crushed, and the process would be made public.

It also said the individuals (both riders and passengers alike) arrested would be made to face the full wrath of the law.

US confirms first death of patient with monkeypox