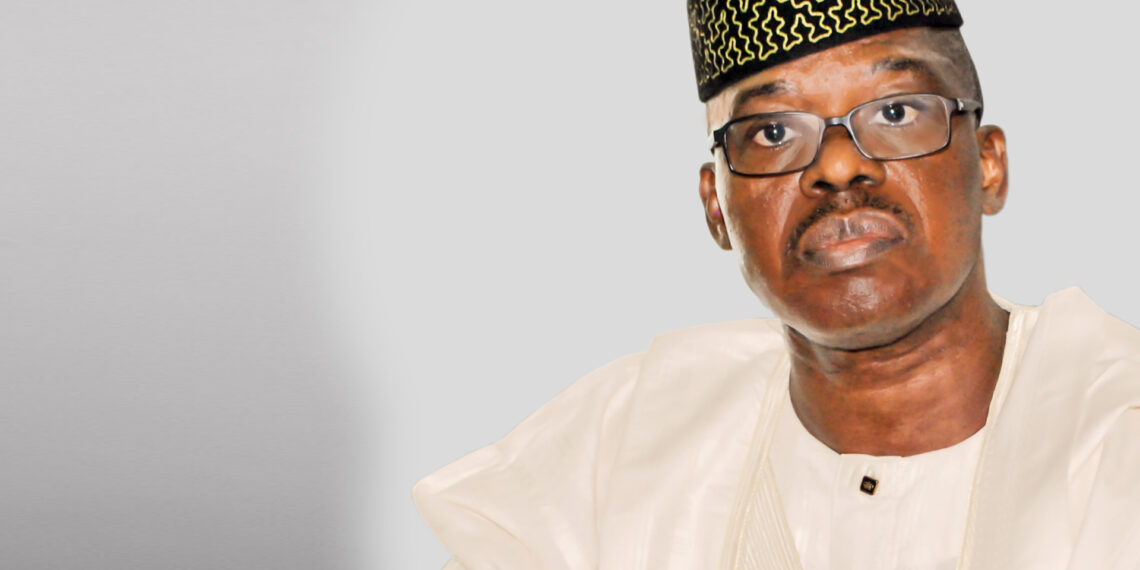 Mr Oni's lawyer said the REC directed them to approach INEC office in Abuja, rather than Ado -Ekiti, to get election material to prosecute his case.

The governorship candidate of the Social Democratic Party in the Ekiti State 18 June election, Segun Oni, has filed a contempt suit against the Resident Electoral Commissioner in Ekiti, Adeniran Tela, for allegedly disobeying an order of the governorship election tribunal.

Mr Oni said the suit was filed against Mr Tela for refusing to comply with the order of the tribunal availing him unfettered access to election materials used in the conduct of the election.

Mr Oni, in a separate petition dated 29th August and addressed to the INEC Chairman, Mahmood Yakubu, accused the REC of deliberating trying to frustrate the diligent prosecution of his case at the tribunal.

One of his counsels, Owoseeni Ajayi, told journalists in Ado Ekiti, on Wednesday, that the acton against the REC became necessary after he asked Mr Oni to approach INEC office in Abuja, rather than Ado -Ekiti, to get election material to prosecute his case.

Mr Ajayi said it was a flagrant abridgment of the law for the REC to have given such instruction, saying documents were issued and election material inspected in the Ado Ekiti office of INEC, in all the previous election petition cases that had been held in the state .

“Following the filing of our petition, we requested for (sic) some documents to prosecute our case. We also made case to inspect some election materials, which the Tribunal granted,” Mr Ajayi said.

“We were taken aback when a letter dated 23rd August, 2022 personally signed by REC and addressed to the respondent said the party /counsel should write to INEC headquarters, Abuja for the documents/materials as stated in the court order .

“This letter was most uniformed and contemptuous of the court for the fact that in the meeting held with parties on August 22, 2022 by REC, there was no discussion about the parties writing to INEC headquarters, Abuja because we purely acted on court order.

“Inspection of election materials was never done in Abuja, but at the state head office. It is therefore contemptuous for the REC to vary the order of the Tribunal by instructing parties to write to INEC office, Abuja. This was strange , unlawful and beyond understanding. It has never happened anywhere .

“It is therefore clear that the REC was acting a script of impunity to frustrate the Petitioner’s case. Nigerians must take note of this dubious impunitous act of INEC’s attempt to derail democracy in Ekiti. The opposition parties are also entitled to their rights under democracy.”

In the petition titled: “Deliberate Attempt to Frustrate Ekiti Petitioner’s Case”, Mr Ajayi, chronicled how the Ekiti REC had allegedly frustrated the petitioner, calling on the commission to correct the anomaly to save INEC’s image.

However, Mr Tela has dispelled the the allegations, saying he has nothing to fear over the suit.

Mr Tela said the commission and its staff had been fair to all parties, including the SDP that had been raising all manners of accusations against him.

He clarified that he had no reason to block any party from getting any public document in INEC’s custody and so had nothing to hide.

“I am not afraid of anything, because we are following the law,” said Mr Tela.

“I have even directed all our staff to stay away from politics, so I have no reason to be partisan. Ours is to conduct election and the June 18 poll was the best in history. It has earned us accolades and awards.

“I am using this time to inform all parties that INEC staff in Ekiti are not partisan and have no interest in this petition. But whoever that will get any document from us must be ready to follow all legal procedures.”

The court had last week granted the candidate of the All Progressives Congress, Biodun Oyebanji, the leave to also inspect the election materials, even though he was winner of the election and a defendant in the petition.

Mr Oni had asked the tribunal to nullify the election due to gross irregularities and declare him the winner having scored the highest number of lawful votes in the election.