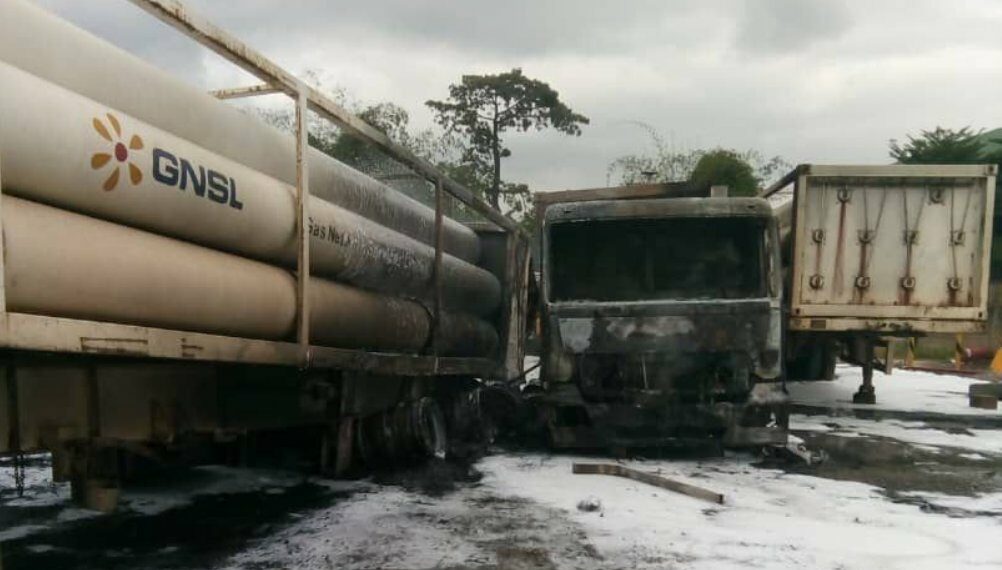 The agency said that no life was lost in the fire incident.

A gas plant on Monday exploded near the headquarters of the Redeemed Christian Church of God (RCCG) along the Lagos-Ibadan Expressway, Mowe, Ogun state.

The Director of the Lagos Fire and Rescue Service, Margaret Adeseye, in a statement confirmed the incident on Monday.

The cause of the fire is unknown, she said.

“The Fire which was reported at 11:22 hours, Monday, was subdued from causing secondary incidents by the Alausa and Ilupeju fire crews, leaving four stationed gas trucks severely burnt.

“There was neither case of injury nor death as damping down of the Fire has been concluded.”

However, in an update seen by ChannelsTV, the Lagos state Emergency Management Agency (LASEMA) said the fire started from one of the gas cylinders before spreading to two other stationed trucks.

A gas plant has exploded near the international headquarters of the Redeemed Christian Church of God (RCCG) in the Obafemi Owode Local Government Area of Ogun State.

According to a statement from the RCCG Public Relation department, it “occurred inside Axella Gas depot on the Sagamu-bound traffic between the Car Park C gate and the main gate of the Redemption City.”

The statement said the fire was “brought under control by the combined efforts of the RCCG Fire Service and Lagos State Fire Service .”

“Against the news making the round, the incident was completely outside of the Redemption City and our fire service team only responded as part of our community service support to our neighbours within the environ,” the statement read.

“We thank God the incident has been put under control. We wish to inform all residents and visitors to the Redemption City that there is no scare of any sort and everyone can go about their lawful and godly activities.”