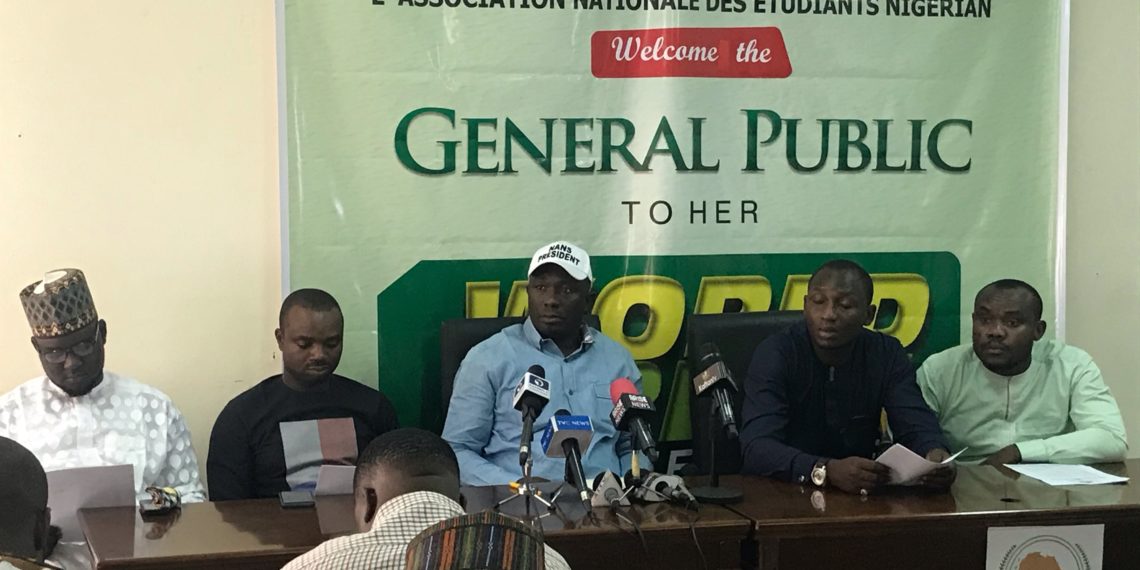 There are allegations that the Convention Planning Committee (CPC) has manipulated the list of cleared candidates submitted by the screening sub committee of the CPC.

Crisis erupted on Saturday at the convention of the National Association of Nigerian Students (NANS) over the eligibility of some of the candidates aspiring for one office or the other.

NANS is holding its annual convention and the election of a new leadership to succeed the Sunday Asefon-led executive council of the union between Thursday 25 August and Sunday 29.

However, there are allegations that the Convention Planning Committee (CPC) has manipulated the list of cleared candidates submitted by the screening sub committee of the CPC.

Some members of NANS, including a member of the screening committee, told PREMIUM TIMES, that some aspirants are either graduates or fresh students of various universities, and are qualified to contest in the elections, according to the amended constitution of the association.

PREMIUM TIMES gathered that the constitution, which was amended in February, six months before the election– has rendered some candidates ineligible.

“Any full-time student of an Institution of higher learning in Nigeria who is not in the first year of admission will be eligible to hold an executive position in NANS,” states, Article 15 subsection 2 of the amended Constitution.

If the latest constitutional guidelines were followed, only four of the 14 aspirants are qualified to contest for the position of the President, said Chairman of the screening committee, Lukman Adeyemi, in a telephone interview.

The position of the president is zoned to the North–west or Zone A, according to the student leader.

He said the candidates were screened between 20 and 22 July at the conference room of the Office of the Senior Special Adviser to President Muhammadu Buhari on Youth and Students’ Matters, Nasir Adhama, at the Federal Secretariat Abuja.

Mr Adeyemi said the screening committee took note of the situation and presented two reports to the CPC. One of them following the extant rules as contained in the Constitution and the other report granting waivers.

The second ‘moderated’ list, which took into consideration factors that disenfranchised some of the aspirants such as the ASUU strike and granted them waivers, only disqualified two candidates as sighted by our reporter.

The committee wrote in the ‘moderated’ report sighted by PREMIUM TIMES that: “(This) report is prepared with full compliance to the extent of the NANS constitution as amended in Sokoto 2022 with special consideration of circumstances at hand such as ASUU strike and timing of New Constitution Passage/Adoption being during ASUU Strike and few months to transition/convention.

“We, therefore, in our wisdom as a committee adopted waiver of First Semester Result and Nature of Programme Full Time/Part Time requirements of the eligibility for presidency positions.”

According to the report suggested for use by the screening committee, the two disqualified candidates are Adamu Abbas from Ahmadu Bello University (ABU), Zaria, for not being a student yet, and Sulaiman Sodiq, Federal College of Education FCE, Kano, for being a graduate.

However, Adamu Abbas would later be cleared by the CPC without the consent of the screening committee, said Mr Adeyemi.

He said: “According to the security report we got from the school, he (Adamu Abbas) is still an applicant yet to be admitted (into the university). But he now went to appeal that he has been admitted and has paid school fees. So they (CPC) later cleared him. But I know it is all about manipulation because the security unit of the school cannot give me a report that is contradictory. And ABU is on strike. I wonder how he got his school fees paid and got his admission approved.”

The Chairperson for the CPC, Agbabiaka Ahmed, did not respond to calls and text messages sent to him for reaction.

World Cup Qualifiers: D’Tigers roar back with victory over Guinea