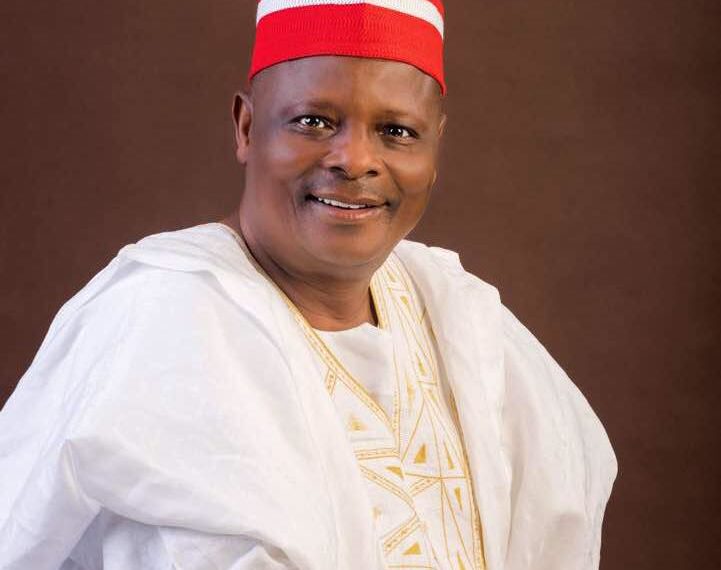 Mr Kwankwaso named a former member of the House of Representatives, Abdulmumin Jibrin, and a lawyer, Ladipo Johnson, as his campaign spokespersons.

The 2023 Presidential Candidate of the New Nigeria Peoples Party (NNPP), Rabiu Kwankwaso, has named Abdulmumin Jibrin and Ladipo Johnson as the spokespersons of his campaign.

The appointment of the duo was announced late Wednesday through Mr Kwankwaso’s Twitter handle.

In his post, the former governor of Kano State said he approved the appointment of Messrs Jibrin and Johnson due to their experience in communication and network to deliver the objectives of the party across the country.

“I have approved the appointment of Hon Abdulmumin Jibrin and Barr. Ladipo Johnson as spokespersons for my campaign council.

“I have no doubt that the duo will use their wealth of experience in communications and vast networks to deliver on our mandate for a New Nigeria,” he said.

Mr Jibrin is a former member of the House of Representatives. He joined the NNPP in May after falling out with the Governor Abdullahi Ganduje of Kano State.

His defection from the All Progressives Congress (APC) came as a shock to many given his allegiance to the party’s presidential candidate, Bola Tinubu.

Mr Johnson, on the other hand, is a lawyer and Managing Partner at Agbese & Johnson (Legal Consultants). He is also the president of the African Institute of Enterprise Development and Management.

With the choice of Mr Johnson as his spokesperson, Mr Kwankwaso could be said to have followed the pattern of his counterparts in the APC and PDP who have also appointed lawyers to speak for them as the commencement of presidential campaign beckons.

Nigeria’s electoral body, INEC, has fixed 28 September for the commencent of campaign activities. It said campaigns shall hold until 24 hours before the election date. This means that all spokespersons have not less than 150 days to sell their candidates to Nigerians.

Former Vice President, Atiku Abubakar, is the presidential candidate of the PDP while former Lagos State governor, Bola Tinubu, is the flag bearer of the APC.

The presidential candidate of the Labour Party (LP), Peter Obi, has yet to name the spokesperson for his campaign.

The earlier appointment of Charles Odibo as spokesperson for Mr Obi’s presidential campaign was rejected by the LP who accused Pat Utomi, the leader of National Consultative Front (NCFront), of usurping the constitutional functions of the party’s national chairman.