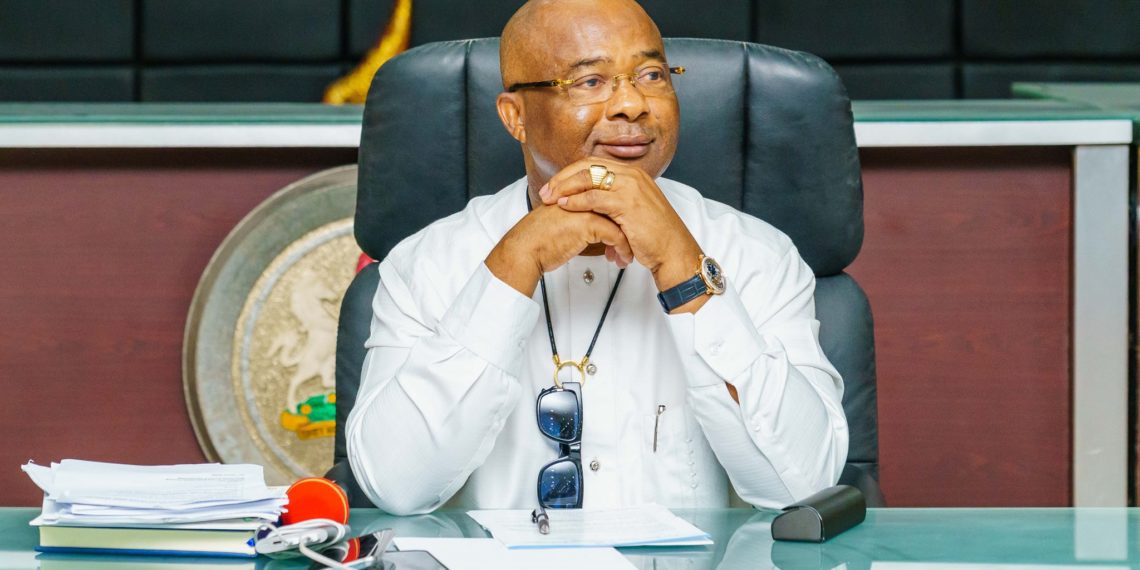 The governor says the LP presidential candidate is no threat to the APC in Imo State.

Governor Hope Uzodinma of Imo State has said that the Labour Party (LP) presidential candidate, Peter Obi, is no threat to the All Progressives Congress (APC) in the state.

Mr Uzodinma, while appearing on Tuesday evening as a guest on a Channels TV programme, Politics Today, said he is sure Imo residents would vote for the APC in 2023 elections.

The governor was responding to a question from the programme anchor, Seun Okinbaloye, who asked him if there was a “wave of obedient movement” in Imo State.

“I am a politician and my party is APC, and I have my candidates in my party. I know we are currently consulting and speaking to our people to vote for our candidates, and I am concerned with what will come out of my campaign for my party.

“I don’t want to join issues with Peter Obi, who you know is not a member of my party. But I know members of APC are obedient to APC,” Mr Uzodinma said.

Mr Okinbaloye, appearing as though he was surprised with Mr Uzodinma’s remarks, asked the governor: “Oh, so there are obedients also in APC?”

“I don’t know what you mean,” Governor Uzodinma quickly responded, cutting off Mr Okinbaloye, who was by now trying to explain how a growing number of supporters of the LP candidate have successfully pushed the word “obedient” into Nigeria’s “political dictionary”.

“The meaning of obedience in English is that loyalty to the party is supreme and sacrosanct,” Mr Uzodinma continued.

“In my own dictionary, what is there is APC,” the governor added.

The Channels reporter asked the governor what his administration has achieved in Imo State, which could convince the electorate to vote for the APC.

“I am very confident that the reasonable minds in Imo State will vote for my party.

“Let me start by 2020 when I came here as a governor, 95 per cent of our major roads were not passable. Today, the major economic roads in Imo State have been managed in a very first class manner that even the opposition party members are commending my effort,” Governor Uzodinma said.

Governor Uzodinma said his administration has recovered and reactivated a shoe-making factory that was abandoned for over 30 years because of humongous debt.

He said the factory will begin operation soon and is likely to create over 10,000 jobs.

Mr Uzodinma said his administration has also recovered and reactivated a palm oil producing company which could provide over 35,000 jobs, and that the state government has also paid pensions to over 1,800 workers that were retrenched in the state without pension. “That’s 1,800 votes for the APC,” Mr Uzodinma said.

He said potable water is now available for the residents of Owerri through Owerri Water Scheme after over 18 years without public water supply.