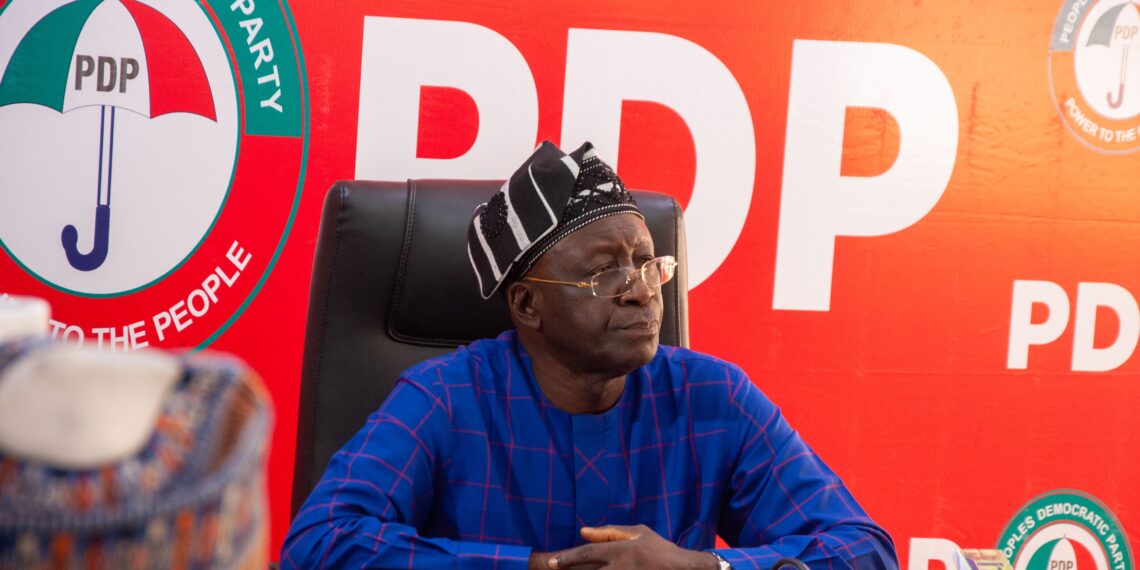 The National Chairman of the Peoples Democratic Party (PDP), Iyorchia Ayu, has not resigned his position, his media aide, Simon Imobo-Tswam, has said.

In a series of tweet on Monday, Mr Imobo-Tswam said the chairman had not resigned and had no plans to do so because he was elected for a term of four years.

He was reacting to reports that surfaced earlier which claimed Mr Ayu had handed his resignation letter to former Senate President and party chieftain, David Mark.

Calls for Mr Ayu’s resignation had topped conversations on the crisis in the party in the past weeks.

His resignation is reportedly one of the demands of the Rivers State Governor, Nyesom Wike, as the party leadership moves to reconcile him (Wike) and the party’s presidential candidate, Atiku Abubakar, over the fallout of the primary election in May.

Mr Wike came second to Atiku, who went ahead to pick the Delta State governor, Ifeanyi Okowa, as his running mate against the Rivers governor.

Other aggrieved members in the party also believe Mr Ayu’s resignation will address the lopsidedness in the party’s leadership.

While he stressed that Mr Ayu was elected for a term of four years, Mr Imobo-Tswam described news of his principal’s resignation as fake.

He explained that if the chairman were to resign, he would give his resignation letter to the Deputy Chairman (North) in accordance with Sections 45 and 47 of the PDP constitution and not Mr Mark.

Mr Ayu, he said, is on a crucial assignment to lead the PDP on a historic rescue mission and “will not be deterred or distracted by media terrorism or political blackmail.”

“PDP members and the general public are advised to ignore any story of such phantom resignation,” Mr Imobo-Tswam added.

This reaction comes about a week after the PDP restated confidence in the chairman.

This was done after an interactive meeting between the National Working Committee (NWC) with former national, state and zonal publicity secretaries.

The PDP National Publicity Secretary, Debo Ologunabga, announced after the meeting that the party restated confidence in Mr Ayu and the NWC in running the affairs of the party and in Atiku to “rescue, redirect and rebuild the country to earn the respect of the international community.”

Mr Ayu had accompanied Atiku to Yola, the Adamawa State capital, on Monday to receive defectors to the PDP when reports of his resignation surfaced.

The trip to Yola stalled the meeting to reconcile the former vice president and Mr Wike for which a committee had been tasked to handle.