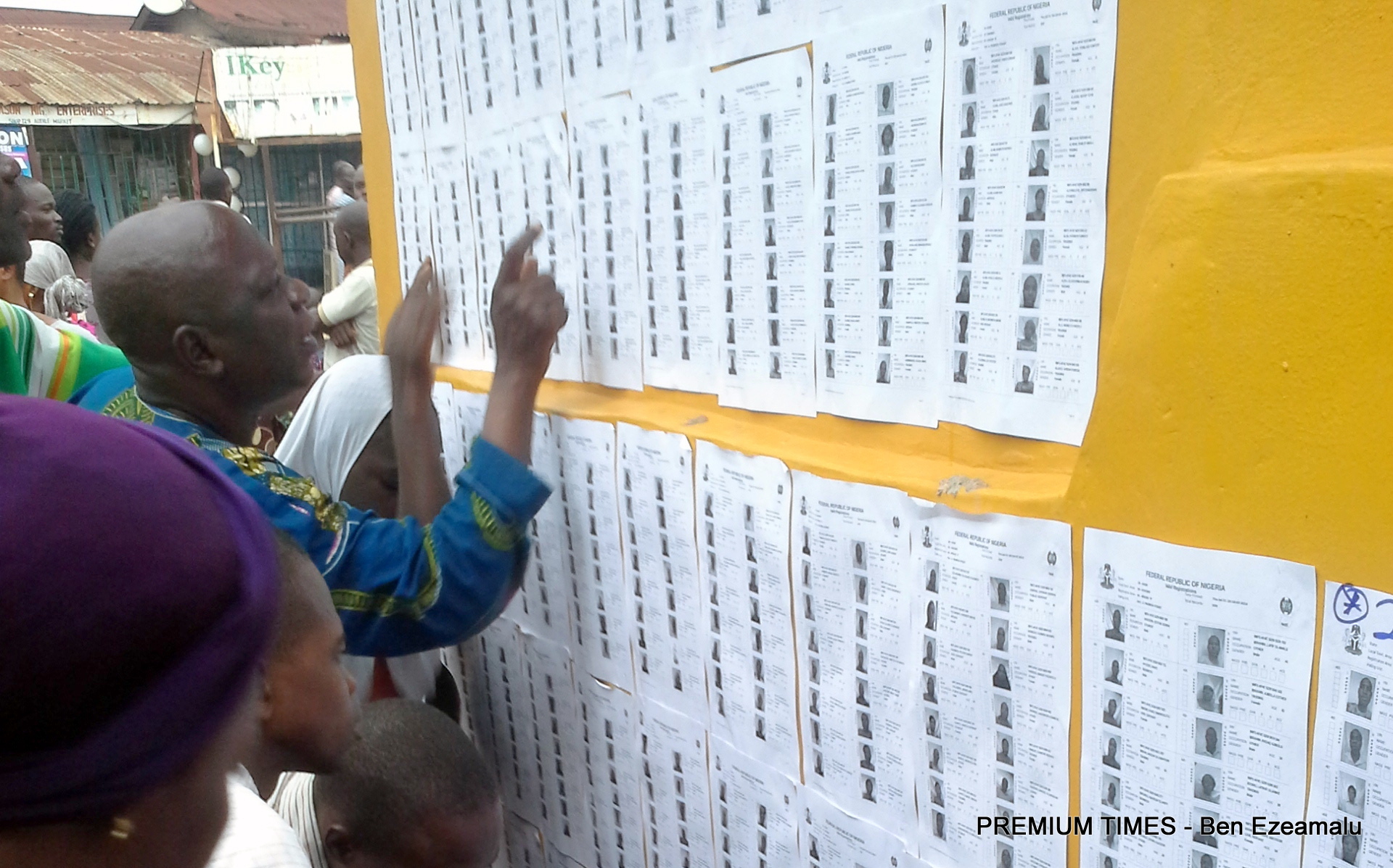 Osun election: voters crosschecking their names on the voters' register pasted on the wall

The commission issued the election date despite a pending suit before a Federal High Court in Osogbo filed by the Osun State chapter of the Peoples Democratic Party.

Olusegun Oladuntan, chairperson of the Commission, made the announcement at a press briefing on Monday.

The commission issued the election date despite a pending suit before a Federal High Court in Osogbo filed by the Osun State chapter of the Peoples Democratic Party.

The suit marked, FHC/OS/CS/94/2022 is praying to the court to stop the state electoral commission from conducting the planned election for the reason of non-compliance with the provisions of the Electoral Act 2022.

Mr Oladuntan explained that the commission is conducting the election despite the pending litigation because the state assembly had passed and assented to a new Electoral Act that gives power to the commission to go ahead with the election.

“It will be recalled that the current Commission was inaugurated in June 2020 principally to conduct Local Government Elections then. However, this objective was hampered by a number of encumbrances such as Court Litigations, COVID-19 pandemic, End-SARS saga, and necessary enabling Law,” Mr Oduntan said.

“The State House of Assembly had recently enacted Osun State Independent Electoral Commission Law 2022 which had been duly assented to by Mr Governor.

“You would kindly recollect that when this Commission conducted elections in January 2018, it was based on a parliamentary system. I have the pleasure to inform you that the elections we 2022 shall be on a presidential system whereby Chairmen of Local Government Councils shall be elected directly and the Ward Councillors shall be elected separately,” Mr Oduntan said.

The PDP said it would mobilise residents of the state to the street to protest against the conduct of the election.

Akindele Adekunle, chairperson, Caretaker Committee of PDP in Osun State, assured that the party will protect the interest of the people.

“We will engage in all lawful means including mobilising the masses of Osun State, who have entrusted us with the mandate to protect their interest, day-in, day-out, in peaceful protests against the illegal and atrocious plans of OSIEC against the state,” Mr Adekunle said.

“The PDP assures the good people of Osun State that we will do everything under the precinct of the law in making sure that Osun State is not further dragged into dungeons of economic retardation through the kangaroo election being proposed by the defeated governor and his conduits in OSSIEC,” he added.

Mr Adekunle, who described the conduct of the election as “illegal,” stressed that the election is targeted at wasting the resources of the state.

“The illegal election as we have stated recently is targeted mainly at wasting resources of the state and to cover for some financial infractions by the outgoing Apc government,” he said.