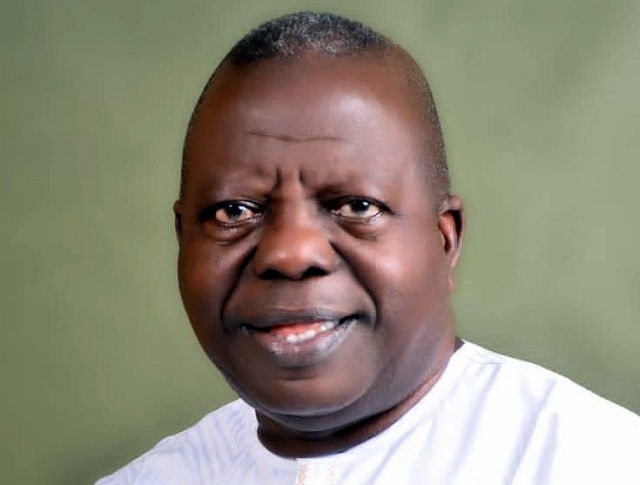 Ladi Owolabi, the running mate of the Social Democratic Party

Mr Owolabi attended an event organised by a Tinubu support group, prompting claims that he has joined the APC

Barely two months after the governorship election in Ekiti State, there are concerns that Ladi Owolabi, the running mate of the Social Democratic Party in the election, Segun Oni, has abandoned him as he battles to win at the Election Petitions Tribunal.

There were reports that he had dumped the SDP for the ruling All Progressives Congress (APC).

The Independent National Electoral Commission had declared the APC candidate, Biodun Oyebanji, as the winner of the 18 June governorship election.

Mr Oni, who came second in the poll, is challenging the results of the election at the tribunal.

He is urging the court to declare him the winner of the poll having scored the highest number of valid votes.

It will be recalled that Mr Owola, as well as Mr Oni, were members of the APC before the party primaries leading to the governorship election.

But Mr Owolabi’s attendance last week at an event organised by the Southwest Agenda for Tinubu 2023(SWAGA) which promotes the presidential bid of the national leader of the APC, Bola Tinubu, was seen as his last move to return to the APC.

He has, however, denied the allegations, saying he has not left the SDP.

He admitted attending the event organised by SWAGA, arguing that the group was not a political party.

In a statement he signed in Ado Ekiti on Saturday, Mr Owolabi clarified that he is still a member of the SDP.

He said the “falsehood” was being peddled by some persons he described as “disgruntled elements” who accused him of abandoning his party to join APC because of his attendance at the SWAGA meeting which was held in Ado Ekiti last week.

“The insinuation was just a figment of the imagination of the peddlers,” he said.

“It was true I attended the meeting called by SWAGA in Ado Ekiti because I am a member, most importantly, am an offspring of SWAGA in the coalitions that metamorphosed into the Segun Oni Campaign Organization that populated the SDP in Ekiti state.

“It was just reasonable to brief the sociopolitical organization the development on the election and the fallout therein as their representative.

“Let me say this in a categorical statement that SWAGA is not a political party and it doesn’t mean members of the group must be in APC. In fact, some of the leadership of APC don’t see the group as part of the party, so I don’t see any reason why some people would now conclude that because I attended the SWAGA meeting I’ve then joined their party.”

Mr Owolabi said he would remain a member of the SDP “till God’s willing.”

“I am the SDP Deputy Governorship candidate, and it’s only a person that has lost his or her senses that will think that I will abandon my mandate and take a hopeless stand.”

Mr Owolabi urged the public to disregard the “rumour” in its entirety, adding that what was paramount to him now was how to retrieve the mandate stolen by the APC in the state, so that the state could progress again.