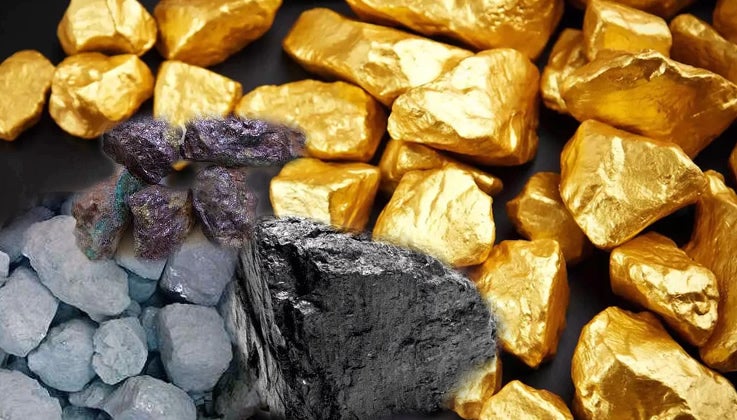 Also speaking, Mr Al-Makura said unless Nigeria unbundles the sector, encourage private sector participation, “we may not get the best out of our endowment in the solid minerals.”

Nigeria’s Minister of Mines and Steel Development, Olamilekan Adegbite, has emphasised the need for the country to develop its critical minerals to meet the global net zero targets by 2050.

The Minister made this statement in Abuja recently during the maiden edition of the future minerals summit, themed; “Leveraging Future Minerals for Sustainable Development”.

Mr Adegbite said the urgent need to secure a low-carbon future has resulted in the growing demand for critical minerals and countries are increasingly relying on rare earth elements and critical minerals to support their climate commitments.

He said; “Already, many nations are aggressively initiating policies and strategic models to ensure the accelerated development of these critical energy minerals. Last month, the United States Senate passed an act with incentives for developing critical minerals. Australia is also considering investment packages to stimulate these minerals’ exploration, mining and processing. In addition, China has stepped up imports from developing nations to bolster critical minerals stockpiles”.

The minister noted that despite Saudi Arabia’s largest oil and gas reserve, the global energy shift has made the country develop its solid minerals sector by putting a lot of resources into exploration activities.

Mr Adegbite said Nigeria must holistically key into the global rush, noting that a summit like this is apt for such conversation.

He said; “We cannot be left out of the global rush to develop our vast deposits of these minerals. Nigeria has no choice but to join the global race in developing the critical minerals value chain and work must commence in earnest to ensure the development of these critical minerals for shared prosperity in the mining industry”.

The Chairman of the Senate Committee on Solid Minerals, Mines, Steel and Metallurgy, Tanko Al-Makura, who also graced the event, said the essence of the summit is to sensitise Nigerians about the future of minerals and what it holds for “our economy, employment opportunities, wealth creation and all-around participation for people in the sector”.

The lawmaker said the 9th assembly is working towards “unbundling the sector to provide a platform and framework for exploiting the mineral resources effectively. And we feel that unless the sector is unbundled to have some private sector participation, we may not get the best out of our endowment in the solid minerals.

He said; “The NMDC is proposed to be a private for-profit company with private sector participation and government control and its purpose is to function as the vehicle for unbundling upstream and downstream commercial activity in the Nigerian solid mineral sector just like the Petroleum Industry Act.”

The lawmaker hinted that the bill has passed the second reading in the red chamber and that it’s being processed for public hearing.

The convener of the summit and the Chief Executive Officer (CEO) of Soundcore Group, Tony Nwakalor, said the summit was organised to put Nigeria on the global mining map.

He said; “I am tired of Nigeria being at the back of the bus when it comes to the mineral and mining sector. We are not recognised as we should because we have not done what most developing countries have been doing for the last decade. I believe that it’s better late than never. We must begin to present and portray the sector as being investible and being a choice bride as against being a neglected child which it has appeared to be.

“We hope to continue to engage and sponsor more engagements like this to create awareness for people to see the sector’s viability.

“After this event, we expect more investors to have a clear road map as to how to get involved in the Nigerian mining sector. We also expect that some of the ‘take homes’ from this summit will influence policy from the federal government because they have the primary responsibilities to drive policies for the sector,” Mr Tony explained.

Studies have shown that the demand for certain minerals is exponentially growing as the world moves towards a low-carbon future.

These minerals are called the future or critical minerals and are used to foster renewable energy technologies. These minerals include lithium, nickel, copper, graphite, etc.

The report quoted the Senior Director and Head of the Energy and Extractive Industries Global Practice at the WorldBank, Riccardo Puliti, saying; “With better planning, resource-rich countries can take advantage of the increased demand to foster growth and development”.