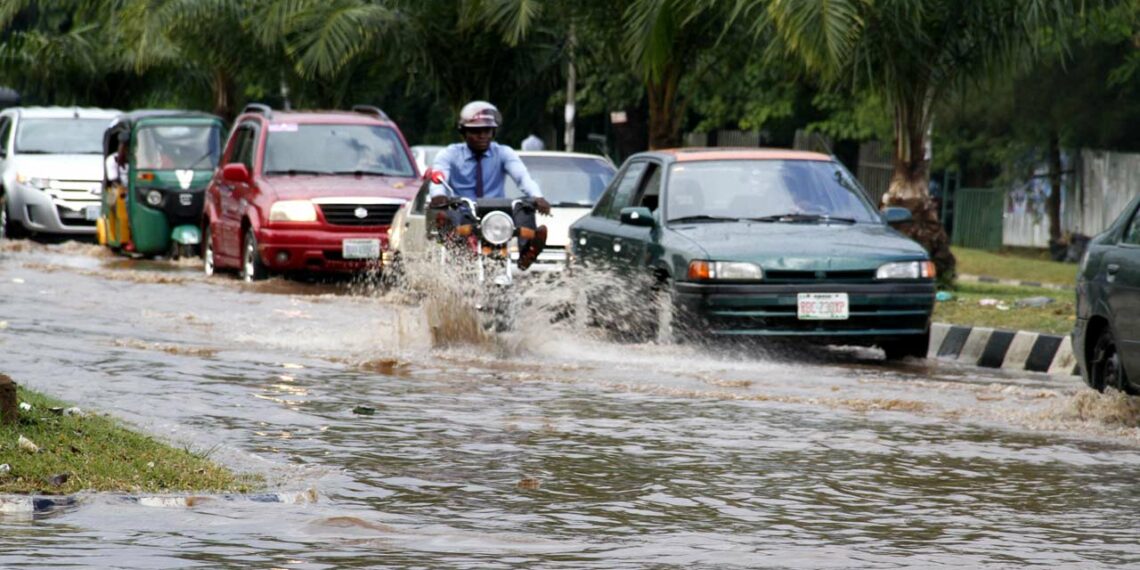 “It has always been like this anytime we are in the raining season; my vehicle has broken down and the passengers have to join another vehicle.”

The Ikom-Calabar Highway has been affected by massive flooding, as motorists and road users were trapped in Okuni community after a heavy rain in the early hours of Saturday.

The News Agency of Nigeria (NAN) gathered that the flood was because of an overflow of water from the Ikom River along the road linking Calabar to the Mfum border of Cameroon.

Narrating his ordeal to journalists, a motorist, Johnson Ada, said his vehicle broke down and his passengers were forced to walk through the water, which was almost at the knee level.

Anytime the river is full during heavy rains, it overflows to the road, according to Mr Ada.

“It has always been like this anytime we are in the raining season; my vehicle has broken down and the passengers have to join another vehicle to Ikom, it is a huge loss to me.

“Government should do something about this road; we can’t continue like this,” he said.

Confirming the disaster, the Sector Commander, Federal Road Safety Corp, Cross River, Abdullahi Hassan, said they were contacting sister agencies to see what they could do to remedy the situation.

“I have called the Ikom Sector Commander to go and do a thorough assessment of the flooded road axis,” he said.

NAN reported that the water has risen above three feet high over the federal road, and almost 300 yards long from the river bank.

There has been torrential rainfall in many parts of Cross River in the last 48 hours, especially in Calabar, according to NAN.