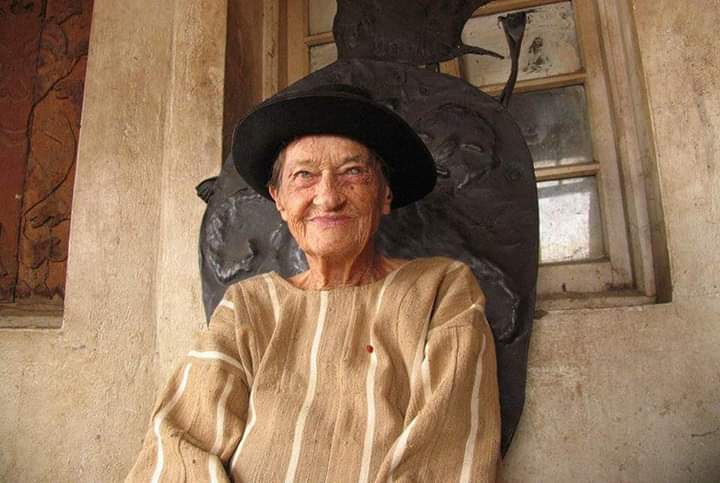 Wenger came to Nigeria in 1949 with her husband, UlliBeier, and settled in Osogbo in 1960 where she later became a priestess of the Yoruba deity before her death in 2009 at 93.

Susanne Wenger, an Austrian popularly known as Adunni Olorisa, preserved the Osun-Osogbo Groove through the depiction of scriptural images, turning it into a UNESCO World Heritage Site.

The News Agency of Nigeria (NAN) reports that Wenger came to Nigeria in 1949 with her husband, UlliBeier, and settled in Osogbo in 1960 where she later became a priestess of the Yoruba deity before her death in 2009 at 93.

Wenger depicted the ideas and thoughts of the deity through sculptural images which are at the Osun-Osogbo Groove in Osogbo.

Speaking at a memorial lecture to celebrate the late Osun-Osogbo devotee, Adekunle Fatai, the Curator and Osun-Osogbo Groove Manager, said Wenger lived and died for Osogboland.

Mr Fatai said the Orisa deity accepted Wenger when she got to Osogbo and anointed her to champion its promotion and development.

“That we continue to celebrate the Osogbo Festival today and that the Osun Groove has been enlisted on the UNESCO World Heritage list can be traceable to the endeavours of this cultural icon that we celebrate today,” he said

He said Wenger encouraged stakeholders to maintain and protect the Osun Groove by preventing poaching and encroachment as well as giving it authenticity and integrity.

The Baale of Gbodofon in Osogbo, Jimoh Brimo, while giving a brief history of Wenger, said the monarch, Adenle Adisa, accepted the groove’s priestess as his daughter when she came to Osogbo, adding that all subsequent traditional rulers gave her recognition.

Mr Brimo said Wenger was given access and control of the Osun-Osogbo Groove by Mr Adisa, adding that she dedicated her life to the transformation of the groove while preventing people from encroachment.