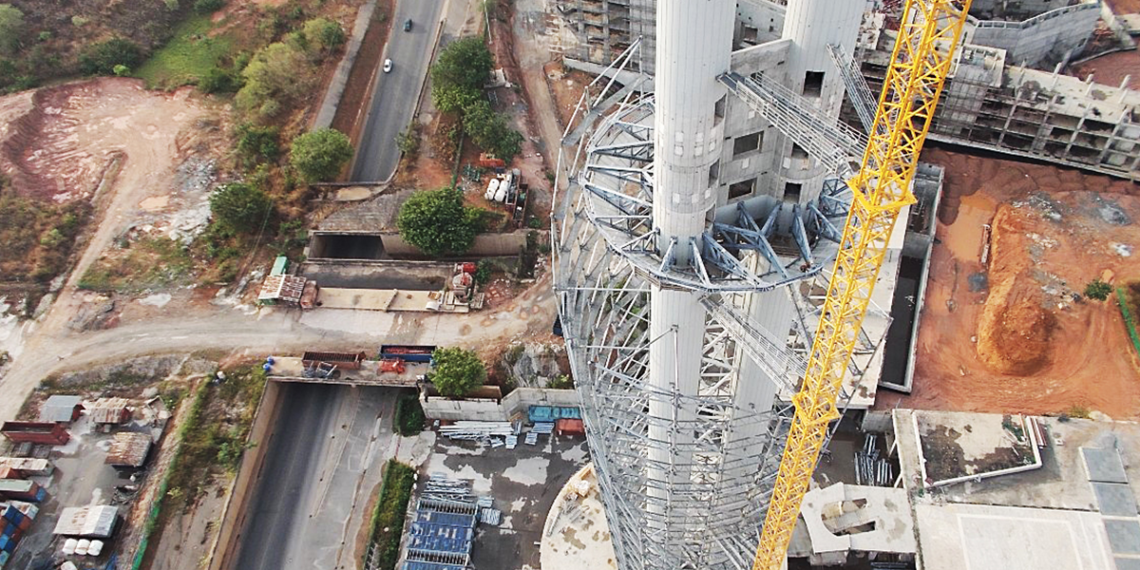 The centre which has Abuja's tallest building, has offices, recreational facilities, a hotel and more.

The Federal Government has called on interested investors in the private sector to invest about $400 million required to complete the Millennium Tower and Cultural Centre in Abuja.

The tower is a multifunctional edifice with facilities for cultural exposition, tourism, socialisation, recreation, hospitality and commercial activities.

Conceived in 2005, the project which has reached 40 per cent completion, is expected to upon completion, self-finance itself through the revenues generated from the running of all the commercial activities in the complex.

The Ministers of Information and Culture, Lai Mohammed and Federal Capital Territory, Mohammed Bello, inspected the project located in the heart of Abuja on Thursday.

Speaking after a tour of the complex and the tower – the tallest artificial structure in Abuja – Mr Mohammed said they were there to showcase the project for private sector collaboration and investment.

He said all that was needed to complete the project was $400 million and it would be sourced from the private sector.

“This is the only part of the world where every infrastructure is built by government.

“In other parts of the world where you have this kind of project, it is done in collaboration with the government and the private sector.

“As a matter of fact, government is just to be an enabler

“My appeal, therefore, is to the private sector , particularly lovers of arts and recreation to join hands with the Federal Government to complete the project.

“All the facilities have to do with contents, cultural centre, five star hotel, museums, arcades and others, it will generate a lot of revenue for whoever has the courage to partner with us,’’ he said.

The minister, who commended the vision of the past leaders who initiated the project, said when completed, it would rival the most audacious national monuments across the globe.

For its part, the FCT minister whose office is supervising the project said there were no sufficient resources from budgetary allocation to complete it.

He said over the past years, the FCT Administration identified a number of capital projects within the city and has spent a lot of resources to complete them in phases.

“We started by tackling the road networks, the rail system and now water.

“As you can see, this is a massive project that will require a lot of funding.

“We are here to see how we can identify other sources of funding apart from budgetary allocation or Internally Generated Revenue (IGR),’’ he said.

The News Agency of Nigeria reports that the scope of the project comprises cultural centre with four museums, expansive arcade consisting of 40,000m2 platform for hosting national and other events and a five-star hotel with 55 luxury rooms and nine suites for about 130 persons.

The millennium tower itself is a 170 meter tall structure accommodating a revolving panoramic restaurant for more than 130 diners.