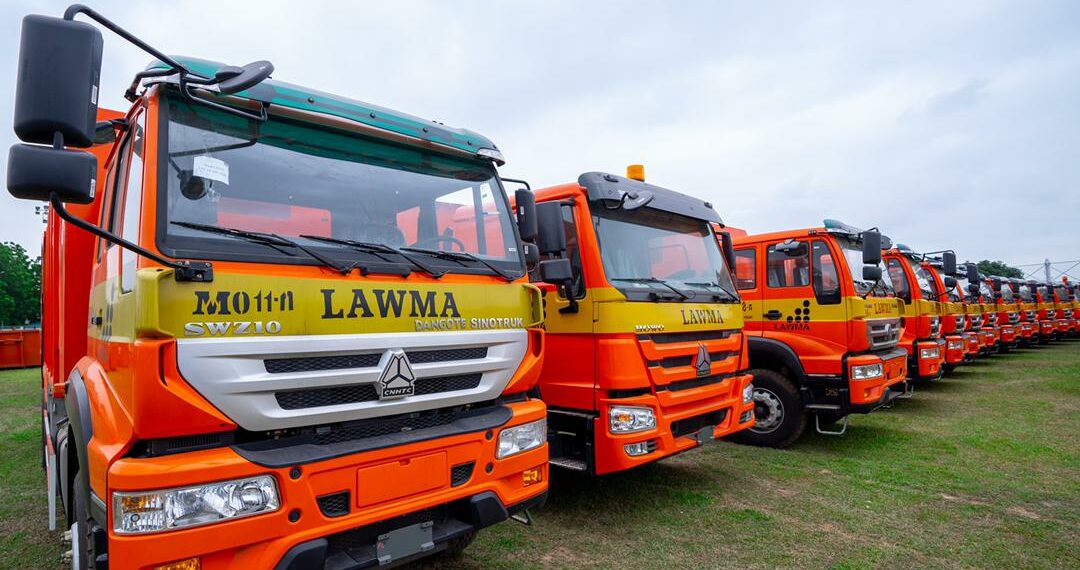 The Lagos Waste Management Authority (LAWMA) has said the charge for waste evacuation would increase by 50 per cent from 1 October.

The Managing Director, LAWMA, Ibrahim Odumboni, spoke on Wednesday in Lagos during a news conference on the activities of the agency from January till date.

He spoke about the recent challenges, solutions, as well as sustainability measures that had been put in place.

Mr Odumboni said the rising cost of operation, the cost of overheads, majorly diesel and spare parts for the trucks that waste managers used for evacuation of wastes, had warranted the increment.

He said that with these realities, a tariff review was under consideration and the upward price review of about 50 per cent would begin October 1.

The LAWMA boss said that from 1 September, there would be an extensive and consultative review of the tariffs, to meet the rising cost of operations.

He said though Governor Babajide Sanwo-Olu’s administration planned to support the Private Sector Participants (PSP) in the waste disposal system in the state with fuel subsidy, the review of waste disposal tariff had become imperative.

Mr Odumboni said that poor attitude to waste management, heavy rains and particularly the recent cost of diesel posed huge challenges to the cost of operation.

According to him, the PSP operators and residents’ associations will be allowed to fix increase in tariff for domestic waste, which LAWMA has pegged at 50 per cent maximum.

“PSP, CDA/CDC and LAWMA will take part in the review process, we want to appeal to tenements, the quicker we resolve this the better it will be for us in terms of the percentage increase.

“In some cases, it might be lesser than that because waste is dependent on your individual lifestyles.

“We are in the process of extensive and consultative pricing review for PSP services that we offer in household, knowing full well that we are trying to recognise the economic trend in Nigeria.

“We are trying to ensure that we are not introducing any change that will automatically disenfranchise people and cause the menace of waste in our immediate society,” he said.

On efforts to meet up with changing demands such as rising cost of diesel and the demands of clean energy, Mr Odumboni said the agency had begun processes of dual fuel system for trucks.

According to him, two trucks have already been converted to dual fuel system – 50 per cent diesel and 50 per cent gas for efficiency.

He said that on 1 October, abatement notices would be issued to houses without waste disposal bins.

Mr Odumboni said that in the nearest future, the agency intended to operate a two-bin system, whereas one bin would be for recyclables and the other for organic waste.

In his remarks, the Chairman, Association of Waste Managers of Nigeria (AWAMN), David Oriyomi, assured residents that with the support of the state government, efforts would be harmonised to address the prevailing challenges.

Mr Oriyomi said that the prevailing challenges were those relating to exchange rate and rising diesel price, which had informed high cost of operation. (NAN)