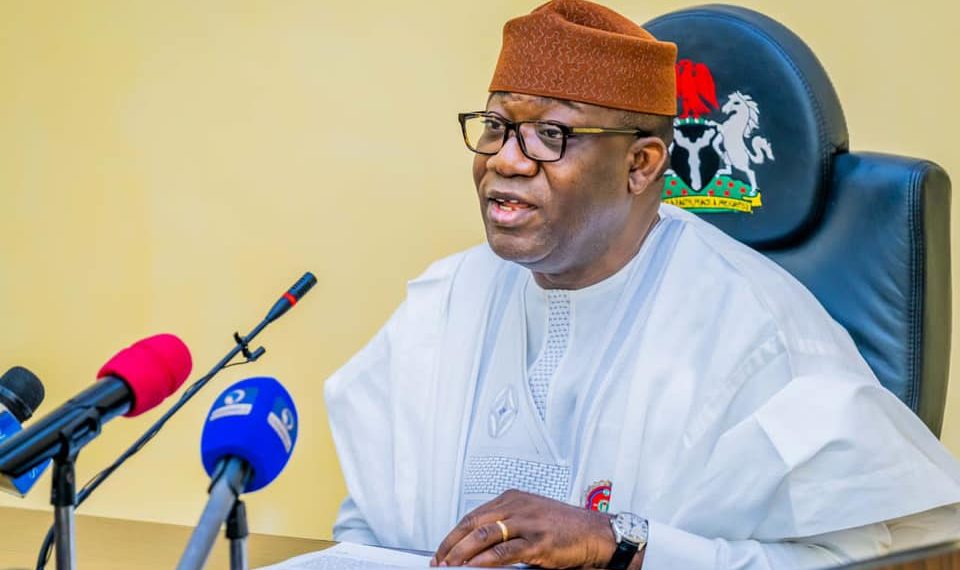 Mr Fayemi had said the move was to strengthen the local government administrations in the state, and that the appointments were with immediate effect.

Ahead of the handing over to the next administration, the Ekiti State Governor, Kayode Fayemi, has relieved all Special Advisers and Chairpersons of Boards and Commissions of their jobs.

While discharging his political appointees, he has also been busy making appointments into statutory offices as part of his winding down exercise.

The governor last week approved the appointment of secretaries for the 16 Local Government Areas and 19 Local Council Development Areas in the state.

Mr Fayemi had said the move was to strengthen the local government administrations in the state, and that the appointments were with immediate effect.

In a circular on Tuesday, signed by the Permanent Secretary Office of the Secretary to the State Government, Tajudeen Adejumo, the governor also announced the termination of appointment of Technical Advisers, Directors General, Coordinators; and other Heads of Non-Ministerial Offices.

The circular, however, clarified that the dissolution excluded statutory commissions spelt out in section 197 of the Constitution of Federal Republic of Nigeria, 1999 as amended.

Mr Fayemi urged the affected officials ”to hand over all government property in their possessions to the Accounting Officers or the most senior career officers in their Ministries, Departments and Agencies.”

The governor had earlier named a 46-member committee to coordinate activities marking the end of his tenure as well as inauguration ceremony for the incoming administration of Biodun Oyebanji, billed to take hold on 16th October, 2022.

Mr Oyebanji was elected governor of the state in the June 18 governorship election defeating former governor, Segun Oni of the Social Democratic Party and Bisi Kolawole of the Peoples Democratic Party.

While he had received congratulations from the PDP candidate, the SDP candidate is at the tribunal to contest the results of the election.

Mr Oni alleges gross irregularities and voter inducement against the APC, urging the tribunal to declare him the actual winner.