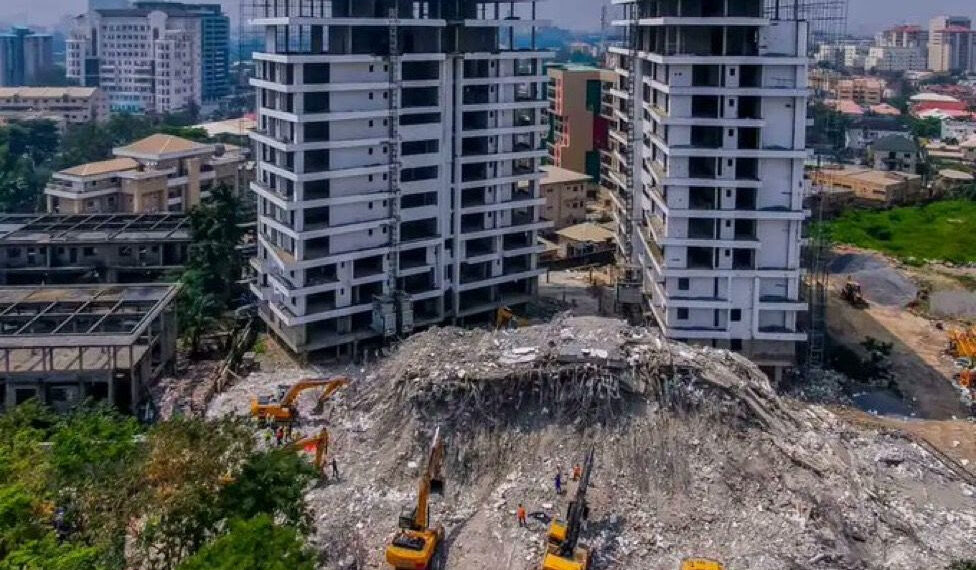 The remaining buildings on the land where the 21-storey building collapsed on Gerrard Road,

The coroner said the government agencies in charge of supervising the building were compromised.

The 21-storey building on Gerard Road, Ikoyi, Lagos State, collapsed due to negligence by agencies responsible for approval and supervision of the building project, a coroner’s inquest has revealed.
The Coroner, O.A. Komolafe, made the pronuncement on Tuesday.

Mr Komolafe, a chief magistrate, gave the verdict on an inquest into the building collapse which occurred on 1 November 2021, killing many people.

The inquest was to unravel the circumstances that led to the collapse of the building at No. 44, Gerard Road, Ikoyi.

Mr Komolafe held that the building’s density and setback on the site showed a gross violation of the Lagos State Building Regulations.

He held that the project board which should have boldly shown the sensitive and important information, including the names and addresses of the professionals who carried out the project, was deliberately not provided.

According to him, this act shows that the approving and supervising agencies did not sanction the offender, suggesting that they were compromised.

He said the structural failure was due to design errors.

Mr Komolafe also said there was a lack of quality assurance/control and poor management of the project.

He, therefore, adopted the recommendation contained in the Council for the Regulations of Engineering in Nigeria (COREN) Report on the matter.

He urged the authorities concerned with the implementation of the recommendations to act accordingly.