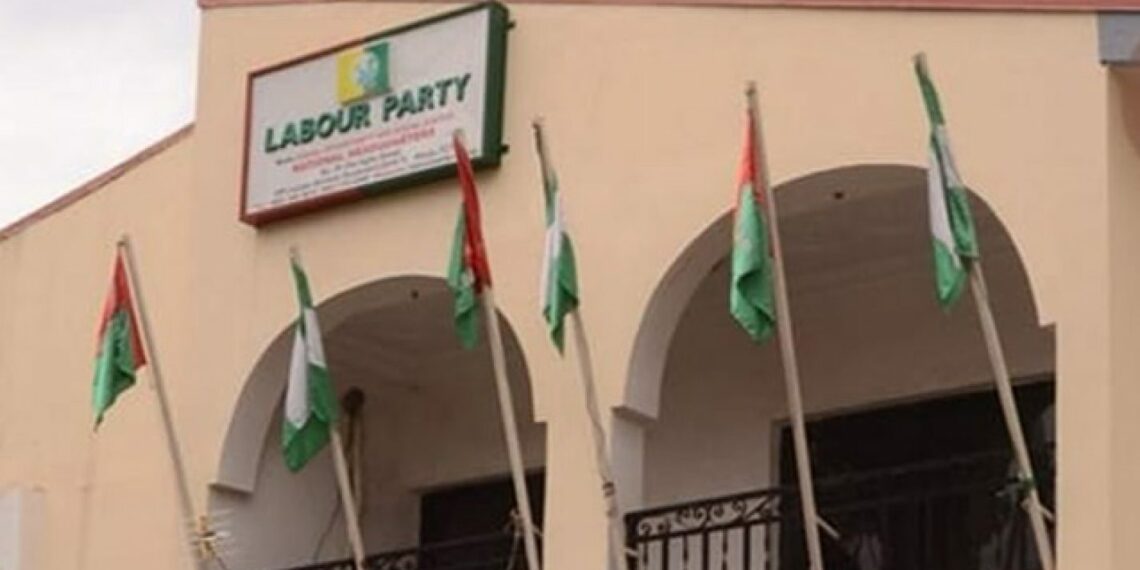 The Labour Party (LP) Governorship Substitution Primary Election for Lagos State has been postponed to Wednesday.

This followed controversies on the delegates list raised by one of the aspirants, Moshood Salvador.

The News Agency of Nigeria (NAN) reports that the process had started at Excel-Oriental Hotel, in Oshodi on Monday, when Mr Salvador complained that 26 of his delegates were omitted from the list.

Mr Salvador, who defected to the party from the APC last month, is contesting for the LP ticket with Gbadebo Rhodes-Vivour at the party’s substitution primaries.

Mr Rhodes-Vivour also defected to the party last month from the PDP.

Mr Awamaridi’s name is on the list of political parties governorship candidates published by INEC.

Mr Salvador, who alleged that the delegates’ list for the substitution had been doctored, told journalists before vacating the venue, that his camp could no longer trust the process.

“When I checked the list about 30 minutes to the primaries, we realised that 26 delegates out of mine have been removed and added to his.

“They (electoral officers) told me it was a mistake; that can never be taken as mistake.

” We have done all our best to ensure free and fair primaries. Therefore, I cannot have confidence in this electoral body again.

“The party will need to reorganise itself. The delegates’ list has been doctored, therefore we cannot have confidence in this electoral body again, “Salvador said.

Calling for the postponement of the primaries, Mr Salvador urged the leadership of the party to be genuine, sincere, honest and fair.

Reacting to Mr Salvador’s allegations, Sam Okpala, the Lagos state Secretary of LP and Chairman of the LP Substitution Primary Election Planning Committee in the state, explained that the issues raised bordering on the omission of some names in his delegates list could be a typographical error.

Mr Okpala, who noted that the party was known for internal democracy, promised all aspirants a free, transparent and credible primary election.

“Whatever issue on ground, we will sought it out. We urge them to exercise patience to see where the problem is coming from, rectify it and hold our primary election.

“As far as we are concerned, there was no omission. We have not observed any omission in the list,” he said.

When all efforts to resolve the disagreement proved abortive and delegates left after waiting endlessly, Okpala told newsmen that the exercise had been postponed.

“The exercise has been postponed to Wednesday, same venue.”

On the call for cancellation of the primaries, Mr Okpala said that no aspirant had the power to do so, describing it as a personal opinion.

He said that all the relevant authorities were duly notified for the substitution primaries including INEC and security agents.

Mr Okpala, who expressed surprise at the way an aspirant took just a minor error in the delegates list, said that the party had made efforts to correct all observed errors to give a level playing ground for all aspirants.

“It is not new, you can be printing documents and make an error.

“We have only printed just a copy and we asked them to go through it. We owned up that we will carry out the corrections. If we have started using it, then he can complain,” he said.

According to him, the party leadership agreed on having 100 list each from Messrs Salvador and Rhodes-Vivour, with another 17 state officers.

He said the party leadership had on Sunday, invited both candidates to a meeting to tell them the process in order to ensure fairness to all.

“I am surprised to see what is happening today. If the candidates are ready, we will go ahead, if they are not ready we will go back to Abuja,” Mr Okpala said.

On the need for the substitution primaries, Bashiru Apapa, the LP Deputy National Chairman, told journalists that Mr Awamaridi, the LP gubernatorial candidate whose name was published by INEC, was just a ‘placeholder’.

He stated that Mr Awamaridi had written formerly that he had withdrawn from that office, adding that when he took the form, he was just a placeholder and that meant that he could be removed.

“That means his name can be changed for another candidate,” he said.

But Mr Awamaridi has dismissed claims that he had withdrawn as the party’s governorship candidate.

He told PREMIUM TIMES on Tuesday that the development within the party in the state is due to greed by the leaders.

“I am still the party’s candidate recognised by INEC,” he added.

In an affidavit of non-withdrawal sworn before the Federal High Court in Abuja, Mr Awamaridi said he had been informed that some national leaders were discussing his replacement as the party’s candidate.

He noted that according to the 2022 Electoral Act, the only means of replacing him is through voluntary withdrawal or death.

“I hereby state under oath that I am alive. I am not dead. I am not incapacitated and I do not consent to any obituary or any death documentation whatsoever done in my name.”