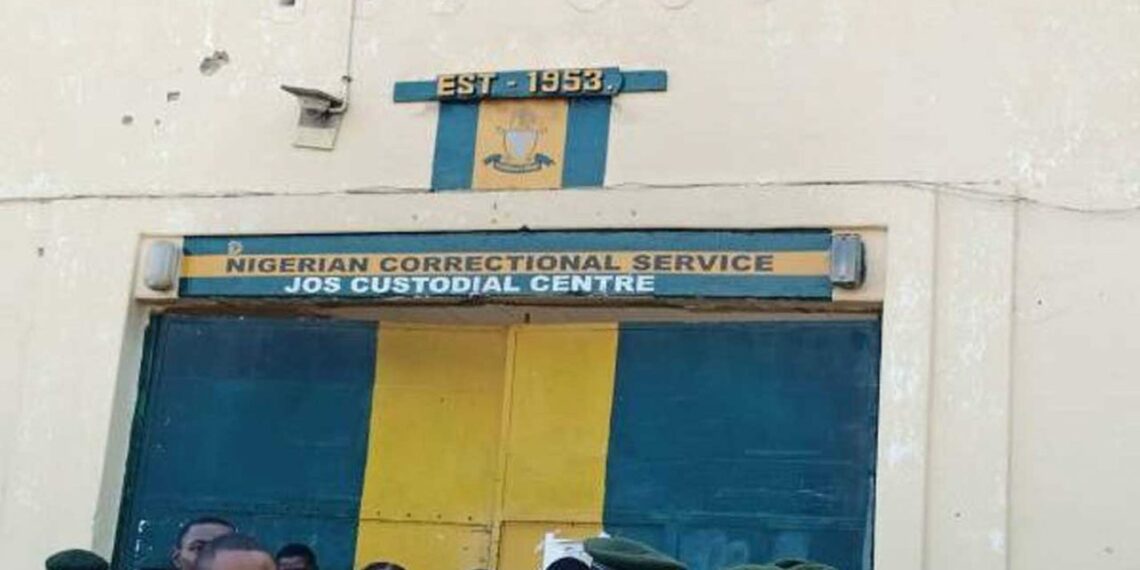 The suspect was re-arrested at Wamba Local Government Area of Nasarawa State in April.

The police command in Plateau State says it has re-arrested one Mohammed Ibrahim, one of the inmates that escaped from the Jos custodial centre.

The Commissioner of Police in the state, Bartholomew Onyeka, announced this when he presented Mr Ibrahim and other suspects to the media on Monday in Jos.

Mr Onyeka said that Mr Ibrahim, 39, who was re-arrested by the operatives of the command’s anti-kidnapping unit is among those who escaped during the November 2021 jailbreak in Jos.

The commissioner the suspect was re-arrested at Wamba Local Government Area of Nasarawa State in April.

“In a bid to arrest all escapees of the recent Jos jailbreak that occurred in November last year, our operatives intensified efforts and re-arrested Mohammed Ibrahim.

“Ibrahim escaped from the lawful custody of the Jos correctional centre and was among the masterminds of the attack on the facility.

“He has been in prison awaiting trial for an alleged case of criminal conspiracy and kidnapping before he escaped,” Mr Onyeka said.

The commissioner said the suspect would be handed over to the Nigerian Correctional Service (NCoS) for further action.

The police chief said other suspects paraded were arrested for crimes such as kidnapping, banditry, armed robbery, criminal conspiracy and unlawful possession of firearms, among others.

He said the suspects would be charged to court when the investigation is concluded.