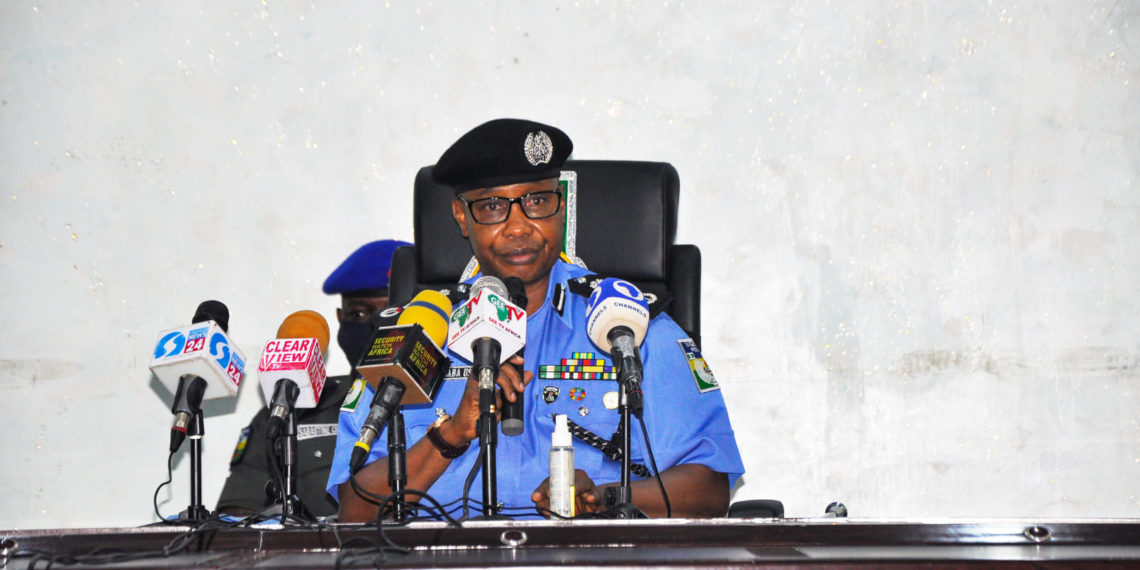 Serving IGPs are usually physically present at the funeral ceremony of their predecessors.

The remains of former Inspector-General of Police, Tafa Balogun, were laid to rest on Saturday at his hometown in Ila-Orangun, Osun State, amidst tears and wailings.

Mr Balogun, 74, died on Thursday at a hospital in Lagos and was buried around 2.15 p.m. according to Islamic rites.

The burial rite was observed by the Chief Imam of Ila-Orangun, Salaudeen AbdulHamid.

His remains were interred in the presence of family members, close associates, and other dignitaries who came to pay their last respect to the former police chief.

Mr Balogun served as Nigeria’s Inspector General of Police between 2002 and 2004. He was convicted for stealing and money laundering in 2005 and jailed for six months.

At his funeral, the current IGP, Usman Alkali, was visibly absent. Mr Alkali was represented by Olawale Olokode, the Commissioner of Police in Osun State.

Solomon Arase, a former IGP, was, however, in attendance.

Serving IGPs are usually physically present at the funeral ceremony of their predecessors.

Mr Arase, who served as IGP between 2015 and 2016, described Mr Balogun as “an operational icon, an intellectual to the core and a celebrated officer”.

Mr Arase said the late police chief used to offer wise counsel to him anytime he faced difficulties in the police force.

“He was one of the greatest we had in terms of policing culture in this country,” he said.

“Apart from that, if you look around you will see that most of us that have come to honour him are people who have drunk from the fountain of his knowledge. He was an operational icon, an intellectual to the core, and a celebrated officer.

“To me, even in death, he remains my mentor and benefactor. I would miss his wise counsel. He was a big father when you have difficulties with policing issues. You can always go to him for advice.

“Lagos was like a Mecca for most of us. We looked forward to seeing and sitting by him for his great wisdom on police. We are going to miss that,” Mr Arase said.

Mr Akande, who is also a native of Ila-Orangun, arrived at the residence of Mr Balogun around 4 p.m. after the deceased had been interred.