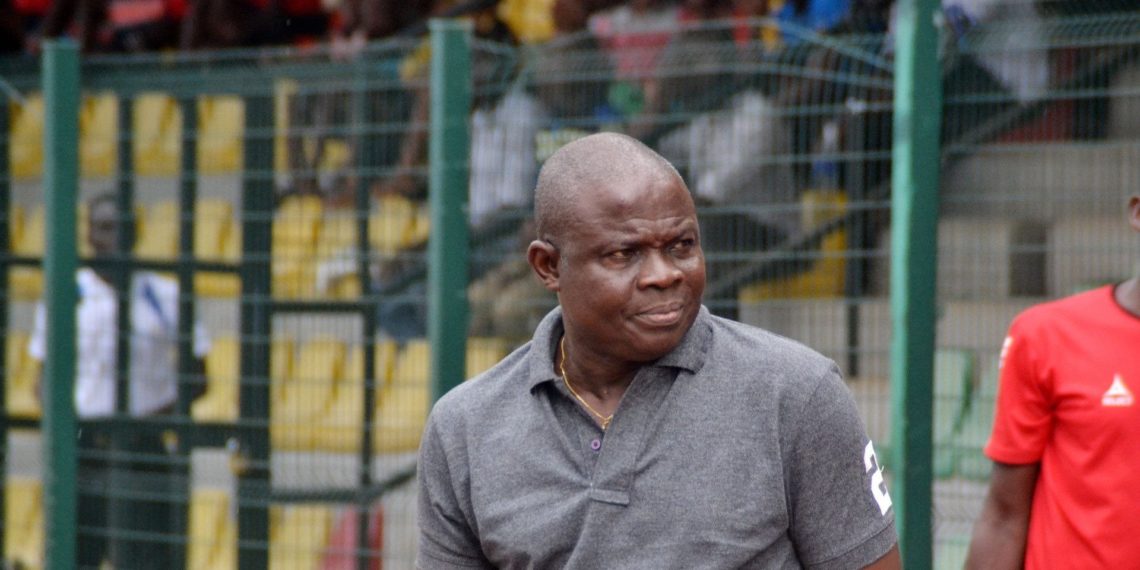 "We parted amicably as family and diligent personalities who have respect for a contractual agreement."

Remo Stars stunned many football fans with their performances in the recently completed 2021/2022 season.

Last season, the Ikenne-based club went undefeated in its first 11 games. Aside from that, in their first season in the NPFL, they ended with a continental ticket.

But everyone could see that it was because of the experienced coach, Gbenga Ogunbote, who was hired before the season began.

Fans have lauded Ogunbote with accolades like “Oracle, Ancelotti, etc.” for his work and the results he helped the club achieve.

Ogunbote, nicknamed Oracle for his exploits with Sunshine Stars, joined the Sky Blue Stars last year following their promotion to the NPFL after two seasons in the second tier.

Remo Stars did not expect Ogunbote to achieve a continental ticket when they offered him a year-long contract, but he achieved that spectacularly.

Many thought the former Sunshine Stars’ coach was in for a long-term project only for him to announce his departure this month.

Premium Times reached out to Ogunbote to find out what could have transpired regarding his departure.

PT: Why did you leave after achieving so much success with Remo Stars?

Ogunbote: To the glory of God, I had one football season with Remo and we parted amicably as family and diligent personalities who have respect for a contractual agreement.

It had been a collective responsibility and effort and after that, we decided to part ways without quarrel; without anything.

Like I said, it will be honourable enough for both parties to respect the agreement we had at the initial stage. Hence, we parted.

PT: Was it your plan all along to leave after your contract?

Ogunbote: Like I said before now, my duty with Remo is (was) to stabilise the team so that the team can sustain its premiership status, to the glory of God we didn’t just do that, we surpassed it and went ahead to get a continental slot.

PT: What do you know of the new coach?

Ogunbote: The man (Daniel Ogunmodede) who had taken over I want to tell you understands Remo Stars inside out and I want to believe that with the support of the management will achieve success for Remo Stars.

PT: Where are you moving to?

Ogunbote: The truth of the matter is, since Ogunbote is a free agent, you should expect that clubs might show offers and Shooting Stars might be one of them.

Just like you said, all these are speculations. But whether speculations or not, in a short while, we would all see where Ogunbote will head to.”

PT: What are you looking for in your new job?

Ogunbote: I would want to be part of any team that we can reach an agreement on ambition and development, and Shooting Stars isn’t my only option.