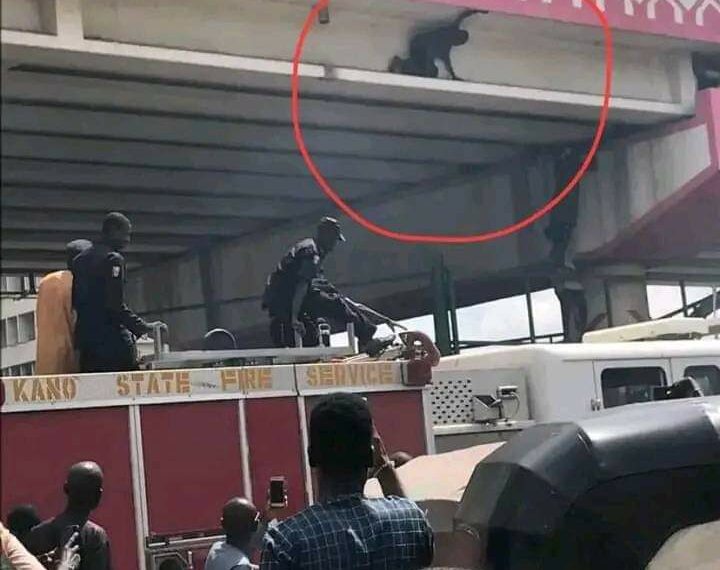 Hamza Hayaha, the boy who was stuck inside a layer of a flyover bridge from a distance

The boy has been handed over to the police.

Kano Fire Service on Friday rescued a 15-year-old boy who was stuck inside a layer of a flyover bridge located at ‘Kofar Nasarawa’ in Kano metropolis.

The spokesperson for the Kano State’s Fire Service, Saminu Abdullahi, told PREMIUM TIMES that the boy was rescued unhurt and handed over to the police.

Mr Abdullahi identified the teenager as Hamza Hayaha, a resident of Sharada quarters, who fled home for about three months for fear of punishment.

“He spent three months wandering between the Kofar Nasarawa flyover bridge and the farm centre GSM market within the metropolis.

“The boy lost his mother, he was staying with his father, he fled home after one of their neighbour who owns a provision store sent him with N4000 to buy things for him.

“He spent the money, and he is afraid to return home for fear of punishment because of the money.

“God willing, we have succeeded in rescuing him and we handed him over to the Kwalli police division in the state,” the spokesperson said.

“We asked him how he got trapped on the flyover, he said he just found himself there without knowing how,” Mr Abdullahi added.