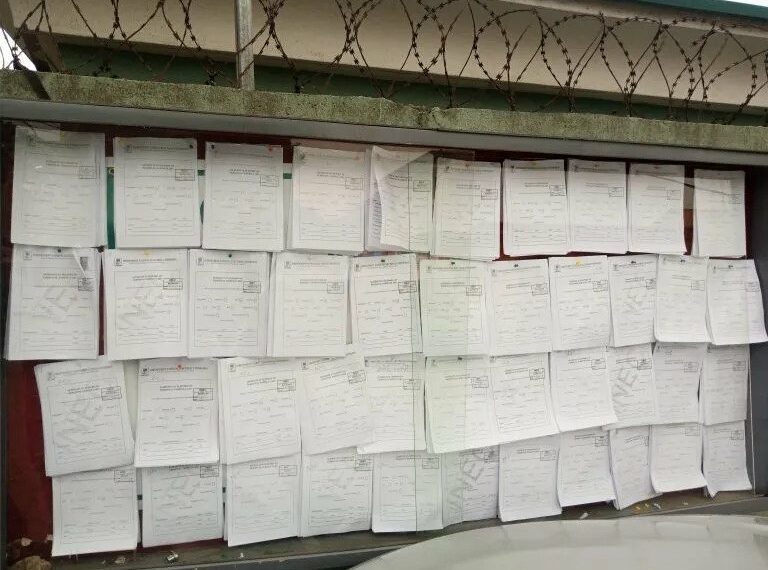 Personal particulars of Governorship and House of Assembly Candidates of various political parties for 2023 general elections were published on Friday at INEC headquarters Office in Lagos.

The Action Alliance (AA), All Progressives Grand Alliance (APGA) and People’s Redemption Party (PRP) do not have governorship candidates for the election.

Fifteen out of 18 political parties in Nigeria are jostling for the governorship seat of Lagos State, the News Agency of Nigeria (NAN) reports.

NAN reports that this was contained in details of candidates and political parties contesting the number one seat in the state, published by the Independent National Electoral Commission (INEC) in Lagos State on Friday.

NAN correspondent who monitored the publication at the INEC office observed that 396 candidates of different parties would also be contesting for the 40 seats in the Lagos State House of Assembly.

Section 29 of the Electoral Act provided that the publication must be made by INEC within seven days of receipt of the form from political parties at the constituency where the candidate intended to contest the election.

The publication, on Friday, indicated that 16 out of the 18 political parties would participate in the state house of assembly election in 2023.

NAN, however, reports that only APC, PDP, Labour Party, New Nigeria Peoples Party, and ADP fielded candidates for all the 40 seats in the state parliament.

Meanwhile, Action Alliance (AA), All Progressives Grand Alliance (APGA) and People’s Redemption Party (PRP) did not have governorship candidates in the publication.

Similarly, APGA and Zenith Labour Party (ZLP) did not have candidates for the state house of assembly elections.

Speaking to NAN on the development, Kemi Oyedotun, INEC’s Acting Head of Department, Voter Education and Publicity, Lagos State, said the list of political parties and the particulars of candidates participating in the house of assembly election had been published in the Local Government Offices of INEC in the various constituencies.

Mrs Oyedotun urged eligible residents to turn out in large numbers to get registered in the ongoing Continuous Voter Registration (CVR) before the expiration on July 31.

She said the commission had included weekends in all the registration centres to capture as many as possible before the deadline.

According to her, registered voters who are yet to pick up their old and new Permanent Voter’s Cards (PVCs) should try to do so across INEC LGA offices before it would be too late.

NAN reports that INEC on Friday published the personal particulars of candidates nominated by their political parties for the 2023 governorship and state assembly elections in all the constituencies nationwide.

The INEC Chairman, Mahmood Yakubu, had appealed to citizens and aspirants to seize the opportunity to scrutinise the particulars of the candidates and seek judicial remedy for any observed violation of the law as provided in Section 29 of the Electoral Act 2022. (NAN)

27,490 babies were born in healthcare facilities in Kano in three months – Official