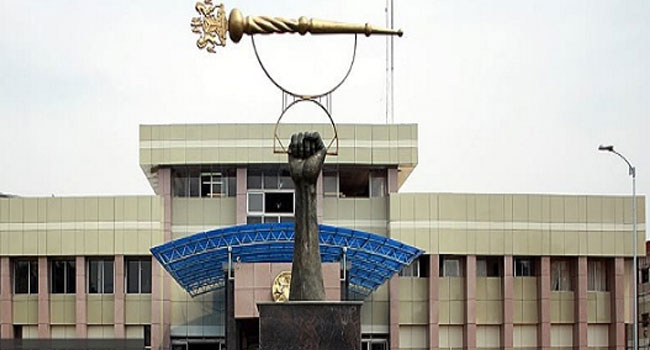 The Delta House of Assembly on Tuesday confirmed the appointment of four commissioner nominees submitted by Governor Ifeanyi Okowa as members of the State Executive Council.

This followed the adoption of a motion by the Majority Leader of the house, Ferguson Onwo, during the plenary in Asaba.

The News Agency of Nigeria (NAN) reports that Mr Okowa had on June 28 forwarded the list of nominees to the house for confirmation.

The Speaker, Sherriff Oborevwori, who presided over the sitting, said one of the nominees, Mariere, is a former lawmaker in the house.

Mr Mariere represented Ughelli North I Constituency between 2011 and 2019.

Mr Oborevwori directed that Mr Mariere should enjoy the special privileges usually granted to non-sitting members of the House to take a bow in recognition of his outstanding performance as a two-term lawmaker in the house.

The other two nominees Messrs Okah and Asiuwhu also enjoyed the privilege as directed by the Speaker.

Consequently, the majority leader moved a motion for the confirmation of the nominees.

The motion which was unanimously adopted by the lawmakers when put to a voice vote by the speaker, was seconded by the Deputy Majority Leader, Mr Oboro Preyor.

Also at Tuesday’s plenary, the House confirmed the appointment of Samuel Ossai as a member of the board of the Delta State Oil Producing Areas Development Commission (DESOPADEC).

The house also confirmed the appointment of Kelly Imoghenewe as a member of the board of Delta State Internal Revenue Service.

Also at the plenary, the House took the second reading of the Delta State Administrative Procedures Bill with the Majority Leader, Ferguson Onwo, leading debates on the merits of the bill.

The Majority Leader described the bill as apt and harmless as it would promote transparency, and good governance and advance the fortunes of the state.

ALSO READ: I lost my WASC certificate, but I had good result – Okowa

Mr Onwo, who commended Mr Okowa for forwarding the bill which sought to open up administrative procedures in the state, emphasised that the law will deepen the democratic process in the state.

Also speaking in favour of the bill, Reuben Izeze, representing the Ughelli South constituency, said the bill would bring good governance to the doorsteps of the people.

Mr Izeze, who also commended the governor for his foresight in sending the bill to the House, said modern democracy was being introduced in the state.

The Chip Whip of the house, Pat Ajudua, said the bill would promote transparency, accountability, efficiency, order and rule of law in the state.

Also, the Deputy Chip Whip, Solomon Ighrakpata, said the bill would help to address certain hiccups in the smooth running of government ministries, agencies and departments, MDAs) which were key organs of government.

Consequently, the bill was referred to the House Joint Committee on Rules and Business and Special Bills for scrutiny by the Speaker.