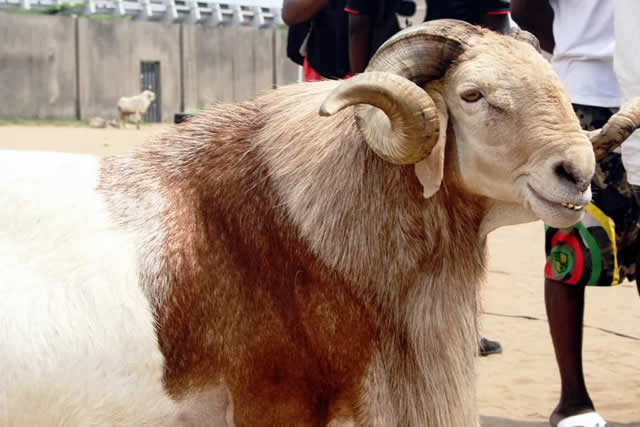 The cattle market leader added that while one could get a ram for N80,000, the moderate size began from N100,000 above.

Rams sellers in Benin City, Edo, on Sunday, decried low patronage amidst the high cost of the sacrificial animal, less than a week to the celebration of Eid-el Kabir festival.

A Correspondent of the News Agency of Nigeria (NAN), who visited the 2+2 Cattle Market, Eyaen in the Edo capital, reports that rams were sold from N80,000 above.

Aliko Haruna, Chairman of the cattle market, told NAN that the soared cost was a direct reflection of the economic situation in the country.

The chairman said it might be incorrect to blame insecurity in the North for the situation.

“I don’t know if insecurity can be blamed for this, but what I know is that everything is costly now.

“Anything you go to market to buy now, is ‘cost’. It is not really the issue of insecurity.

“We only go to the North to buy at market; enter vehicle and bring it here.

“We don’t go to villages. It is only when you begin to go into those villages that you can talk of insecurity. Though attacks happen on road too, it is not always,” said Mr Haruna.

The cattle market leader added that while one could get a ram for N80,000, the moderate size began from N100,000 above.

“People have not been really coming in number, but they will still come.

In the past, he said buyers would have been coming into the market to pick one or two rams, with a week into the festivities.

Corroborating the chairman’s view in a separate interview, Muazu Hassan, another ram seller, said he only made three sales in the last one week.

“Some may be thinking if the Sallah nears, the cost would come down.

“We can’t say the direction the price would go before Sallah day. It may come down and it may soar up.

“The situation at the market in the North will largely decide. We are waiting,” he said.

The ram seller blamed the situation on high cost of transportation due to high diesel price.

‘Cost of transportation is another problem. We hire a vehicle (articulated) for N1.1 million now due to high cost of diesel.

“The cost has really gone up and it is this diesel matter that is causing wahala,” he observed.