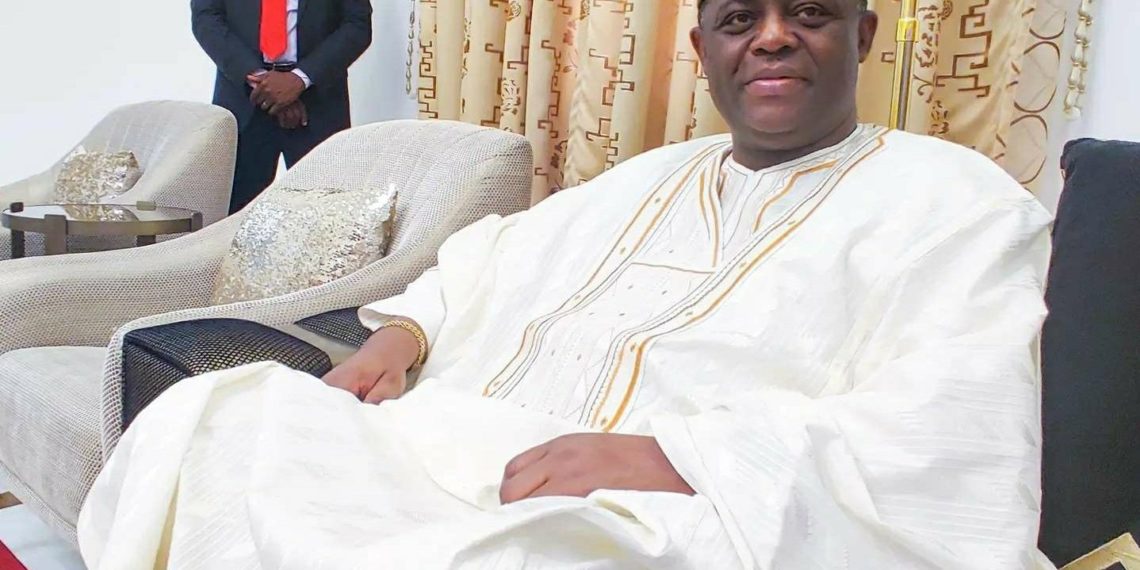 The EFCC preferred a 17-count charge bordering on N4.6 billion money laundering against them before a former judge, Mohammed Aikawa.

A Federal High Court in Lagos State on Thursday adjourned the money laundering trial of a former Minister of Aviation, Femi Fani-Kayode, and others until October 27 and 28.

Mr Fani-Kayode is charged alongside a former Minister of State for Finance, Nenadi Usman, and Yusuf Danjuma, a former Chairman of the Association of Local Government of Nigeria (ALGON).

The EFCC preferred a 17-count charge bordering on N4.6 billion money laundering against them before a former judge, Mohammed Aikawa.

The defendants had each pleaded not guilty to the charges and were granted bails.

The trial had begun before Mr Aikawa and witnesses were still being led in evidence before the judge was transferred out of the Lagos division.

The trial has since commenced in the case and witnesses are still giving evidence before the court.

In the charge, the defendants were alleged to have committed the offences between January and March 2015 in Lagos.

They were alleged to have at various times, unlawfully retained over N4.6 billion which they reasonably ought to have known formed part of the proceeds of unlawful acts of stealing and corruption.

Meanwhile, in counts 15 to 17 Fani-Kayode and one Olubode Oke, who is said to be at large, were alleged to have made cash payments of about N30 million, in excess of the amount allowed by law without going through a financial institution.

The said payments were alleged to have been made to one Paste Poster Co (PPC) of No 125 Lewis St., Lagos, in excess of amounts allowed by law.