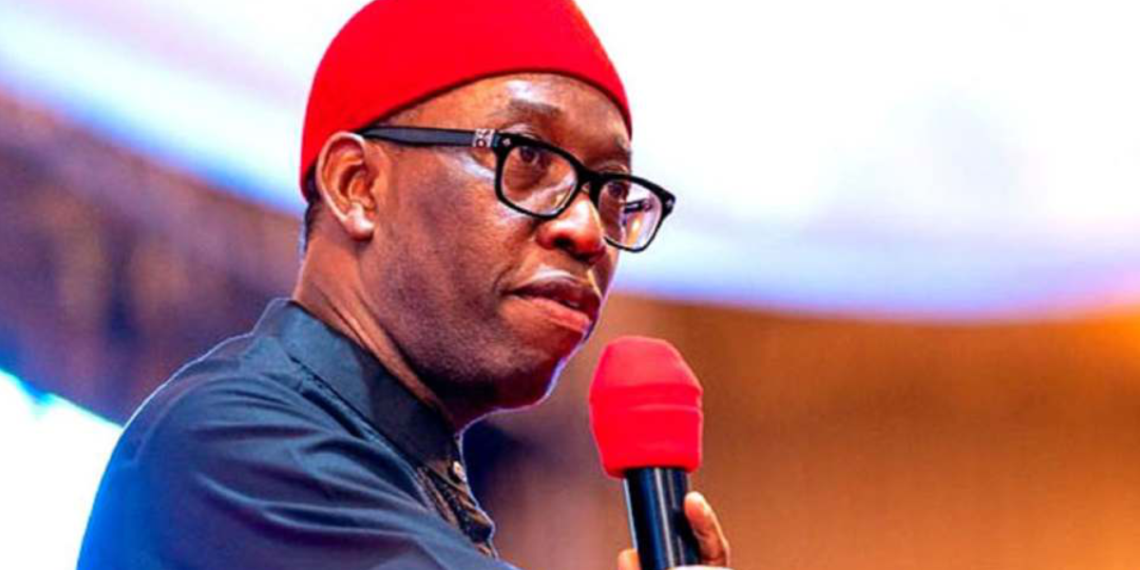 Governor Ifeanyi Okowa of Delta State says the rumour that the presidential candidate of the All Progressive Congress (APC), Bola Tinubu, used a placeholder as his running mate was an indication that the party is not ready for the 2023 elections.

Mr Okowa stated this on Thursday when he appeared on Politics Today, a Channels TV programme.

The Delta State governor is the running mate to Atiku Abubakar, the presidential candidate of the Peoples Democratic Party (PDP) for the 2023 elections.

Mr Masari, an APC chieftain from Katsina State, North-west Nigeria, is a Muslim as Mr Tinubu.

There were speculations that the former Lagos State governor submitted Mr Masari’s name in “holding capacity” to beat the June 17 deadline set by INEC and that he would be replaced with a substantive vice-presidential candidate.

But the Delta State governor and PDP vice-presidential candidate said the strategy by the APC was not smart and that it also smacks of confusion in the party.

“That actually is not smart. It does not make us believe that they are ready for the election. There is still a lot of confusion in the APC,” Mr Okowa said.

The PDP vice-presidential candidate said, unlike the APC, the PDP made their decision on his joint ticket.

He said he and Mr Abubakar would bring their administrative experiences to bear in running the country’s affairs if elected in 2023.

Describing their joint ticket as “strong,” Mr Okowa expressed confidence that the PDP would emerge victorious in the 2023 presidential election.

“I believe that Nigerians do know that we will bring a lot of experiences on board. The experiences of a former vice president (of Nigeria) and the experience that I also bring to the ticket, from both the legislature and having been a governor.

“It is going to be just beyond the issue of zones when we go into the campaigns. The positive experience that I bring on board will definitely give us a victory path,” he said.