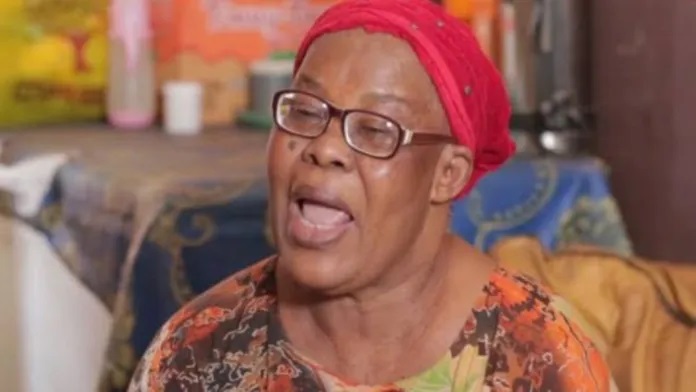 ‘‘He drove her out of the house with their last baby under the rain, and it was her first son that snuck a wrapper to cover the baby’’.

On Monday, Favour Madu, the sister of the late famous Nigerian gospel singer, Osinachi, told a Federal Capital Territory High Court that her sister was treated like an animal by her husband, Peter Nwachukwu.

Ms Madu, 44, a data processing officer with the National Human Rights Commission (NHRC), Enugu, testified as a second witness for the prosecution in the alleged culpable homicide case brought against Mr Nwachukwu by the attorney-general’s office.

When Ms Madu was asked by the prosecution counsel, Aderonke Imana, to state why she wanted justice, she said: “Her husband never treated her well. He treated her like an animal, beat her anyhow, never made her happy and never allowed her to associate with her family.

Ms Madu, in addition, also told the court that her sister got married in 2008 and had four children. She said the oldest was 12 while the last girl was 7.

The witness further stated that they referred to Mr Nwachukwu as ‘Manager’ because he had control of everything, including her money, and her fear of him made her not relate well with her family.

She said: ‘‘There was a time she went for ministration, and when she asked for a stage fee, she was told that N2 million had been paid into her husband’s account. He was responsible for booking events, collecting money and only telling her to go and minister without giving pocket money.

“When my father was ill, he wanted to come to Abuja for treatment, but the defendant refused, and my dad eventually died. While travelling for our father’s burial, the defendant slapped her because she complained about how rough he was driving.

“My sister developed ulcer due to starvation because Nwachukwu never provided for his family. She was the provider for the family. My sister owns the house they lived in. He drove her out of the house with their last baby under the rain, and it was her first son that snuck a wrapper to cover the baby.”

During cross-examination of the witness by the defence counsel, I A Aliyu asked how she became aware of the occurrences since she was in Enugu.

She said her deceased sister told her on the phone.

Mr Aliyu asked the witness if the family expected to benefit from her late sister’s finances, and she answered in the affirmative.

When she was asked if she asked what led to her sister’s death at the hospital, she said the defendant prevented the deceased twin sister and her brother, who were in the hospital, from asking the doctors.

The judge, Njideka Nwosu-Iheme, discharged the witness and adjourned the matter until Tuesday to continue the hearing.

Similarly, Caroline Madu, Osinachi’s mother, appealed to the Federal Capital Territory High Court, Abuja, to aid her in getting justice for her daughter.

Mrs Madu, 61, a resident of Enugu, while being led in evidence by the prosecution counsel, Aderonke Imana, as a chief witness through an interpreter, also informed the court that she and her other children were never allowed to visit Osinachi except on one occasion when she was ill.

“I visited my daughter when I was sick and when we went to the church, Peter left my daughter, and I stranded in church while he drove away with the children.

“Peter called me a witch, sent me out of his house, and it was a man from Delta State that accommodated me. I saw her last December when she came to Enugu for a programme. Before then, there was a time she left her matrimonial home because of the ill-treatment, and she stayed with me for a year and three months before Peter came with a pastor to beg as he had turned a new leaf.

“However, after she returned and gave birth to her third child, she called me to say that she was hungry, and I had to send my son Chibuzor with food to her in Abuja.

“My son, after four days, called me that he was no longer comfortable as Peter poured water on him and told him never to help in washing his children’s clothes and poured water on Osinachi and her newborn baby when she was praying,” she testified.

When asked why she never visited her daughter when she gave birth in line with Igbo culture, the defence counsel, I. A Aliyu, objected to the question and said it was a leading question.

Mr Imana, in response, submitted that Section 7 of the Evidence Act stated that the law stipulated that she could ask questions geared towards areas that would bring out facts leading to the charge against the defendant.

On her part, the judge, Njideka Nwosu- Iheme, sustained the objection and said that though Section 215 of the Evidence Act allowed questions geared towards areas that would bring out facts, not questions that would elicit expected responses.

The judge restrained the prosecutor from asking direct questions.

Mr Aliyu, during cross-examination, asked Mrs Madu if she was aware that apart from the ulcer, she told the court her daughter knew she had other health challenges.

She replied in the negative, and she said that she was aware that the matter was investigated, but she did not know the outcome of the investigation as carried out by the police.

When Imana attempted to re-examine Mrs Madu, Mr Aliyu objected and said there was no ambiguity in the question she was trying to ask.

The court, at this point, discharged the witness and called the next witness, Favour, the deceased sister, as the second prosecution witness.

The News Agency of Nigeria (NAN) reports that in Monday’s proceeding, other family members of the deceased singer were in court.

On Monday, Mr Nwachukwu alleged homicide suit was stepped down for his lawyers to align themselves with representing him.

When the matter slated for hearing before Justice Njideka Nwosu-Iheme came up, the prosecution counsel, Aderonke Imana, informed the court that the case was for hearing and that they were ready to proceed.

A. Ogbonna also announced his appearance as watching brief of the nominal complainant.

The counsel representing the defendant during his arraignment, Victor Abakpa, prayed the court to adjourn the matter until Tuesday, as another lawyer from a different chamber just informed him that he was taking over the case.

He further stated that he was equally served additional proof of evidence in the court just before the court started the day’s proceedings.

I.A Aliyu, on his part, informed the court that the defendant briefed him on June 18 to take over the case.

Therefore, the court stepped down the case to 11 a.m. for counsel to align themselves and come appropriately before it.

News Agency of Nigeria (NAN) reports that in Monday’s proceeding, family members of the deceased singer, Osinachi were in court.

Her two children, her mother and twin sister, were prominent among the family members.

The matter, which was adjourned until June 16, could not go on due to the judge’s absence.

The defendant was earlier arraigned on June 3 and was remanded in Kuje Correctional Centre after he pleaded not guilty to the alleged homicide charge filed against him by the Attorney-General of the Federation.

Justice Njideka Nwosu-Iheme had, on June 3, ordered that Mr Nwachukwu be remanded in Kuje Correctional Centre and fixed Thursday and Friday for hearing after he pleaded not guilty to the alleged homicide charge filed against him by the Attorney-General of the Federation.

He was therefore remanded pending the hearing and determination of the

23-count charge bordering on domestic violence and homicide instituted against him.

Although the defendant was in court, the judge was absent from Thursday’s proceeding, and the court officials said they could not divulge the reason for her absence.

They also stated that the court had fixed June 20 and 21 for hearing.

The Nigeria Police arrested Mr Nwachukwu after his wife died on April 8, following broad allegations by their children, family and colleagues that he battered her leading to her death.

According to the charge, the crime he allegedly committed contravenes Sections 104 and 379 of the Administration of Criminal Justice Act (ACJA) 2015, Section 221 of the Penal Code and the Violence Against Person’s Prohibition Act (VAPP) 2015.

The charge read in part: “That you Peter Nwachukwu, 56, male, on the April 8 at Aco Estate, opposite Police Station, Lugbe, Abuja, FCT, within the jurisdiction of this court, did commit an offence to with: culpable homicide punishable with death in that you caused the death of Osinachi N.

“This was caused by your various acts of violence and aggravated assault with the knowledge that her death would be the probable consequence of your act.

“Particulars of offence: That you, Peter Nwachukwu, male, sometime between Nov. 14, 2009, and April 2022 at Aco Estate, opposite Police Station, Lugbe, Abuja, FCT, within the jurisdiction of this court, did commit an offence to wit: emotional, verbal and psychological abuse on Mrs Osinachi Nwachukwu (deceased).

“This was caused by humiliating her and making utterances like ‘you are smelling,’ ‘you are mad,’ to her in the presence of her music crew members.”

The statement of offence bordered on emotional, verbal and psychological abuse contrary to Section 14(1) of the Violence Against Persons (Prohibition) Act, 2015 and punishable under the same section of the Act.

The late gospel singer was popularly known for her song “Ekwueme”.