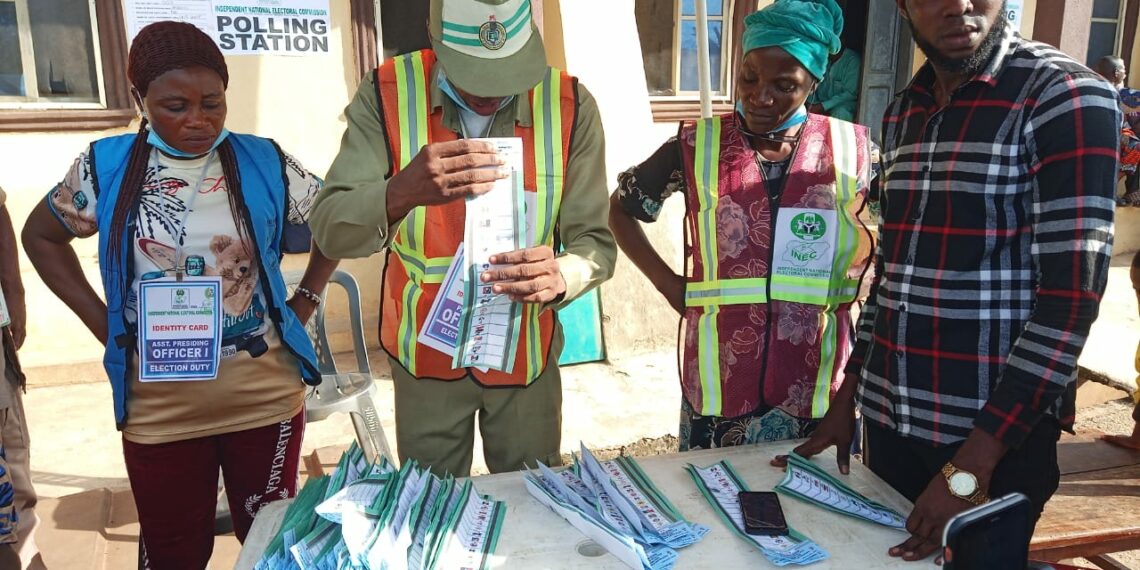 Cleen Foundation, an NGO, has commended the security personnel deployed on election duty at the June 18 Ekiti State governorship election.

Acting Executive Director of the foundation, Ruth Olofin, gave the commendation in statement on Sunday in Abuja.

Mrs Olofin lauded the security agencies, particularly the Nigeria Police Force as the lead agency in election security management, for the conduct of its personnel before and during the electoral process.

“In line with the commitment of the Cleen Foundation to the promotion of public safety and security in Nigeria, the foundation deployed 32 citizens election observers to the 16 LGAs to observe the conduct of security personnel deployed on election duty.

“Cleen applauds the security agencies, particularly the Nigeria Police Force as the lead agency in election security management in Nigeria, for the good conduct of its personnel.

“This indicates that 93 per cent of security personnel arrived early at the polling units across the 16 LGAs in Ekiti State,” she said.

She said the foundation Election Security Support Centre (ESSC) observed that the security personnel at the polling units were not armed in compliance with the rules guiding the elections.

Mrs Olofin also commended the Independent National Electoral Commission (INEC) for the noticeable improvement in the conduct of the election, especially with a near absence of logistics challenges that had remained a perennial issue for the electoral umpire.

She said its election observers across the 16 LGAs showed early arrival of INEC staff and materials as well as voters for the polls across the state.

According to her, the foundation observed that 85 per cent of the polling units covered, INEC officials were reported to be present at 07.30 a.m.

“There was improvement in the functionality of the Bimodal Voter Accreditation System (BVAS) as it was observed to be widely used across all polling units.

“However, in Moba LGA, Igogo ward 2 PU 016; 017 and 018 the BVAS malfunctioned as both fingerprint and facial recognition failed.

“In Ekiti East LGA, Ward 6, PU4, Obadore 1, Omuo-Ekiti, Ekiti East LGA and at Ikere, Ward 10, PU 14, all also had issues of BVAS malfunctioning. These were escalated to INEC and were all resolved,” she said.

She commended INEC for the priority given to the elderly, pregnant women and Persons with Disabilities (PWDs) in the electoral process.

She said in Ijero LGA, Arokodare, Ward D, PU 003 it was observed that the elderly and pregnant women voted first and there was an improved participation of women and youth in the electoral process.

Mrs Olofin said sadly its officials observed vote trading during the electoral process as party agents were seen inducing voters in favour of their parties.

“Party agents were seen inducing voters in favour of their parties, tallies were handed over to them as a form of a cheque to be cashed out at an unidentified location.

“Also, in Ekiti-West LGA, PU 09, Ward 7 Ipole-Iloro, there was a collaboration between security and party agents to induce voters with money.

She lauded the overall conduct of the good people of Ekiti State, especially for turning out en-mass to perform their civic duty.