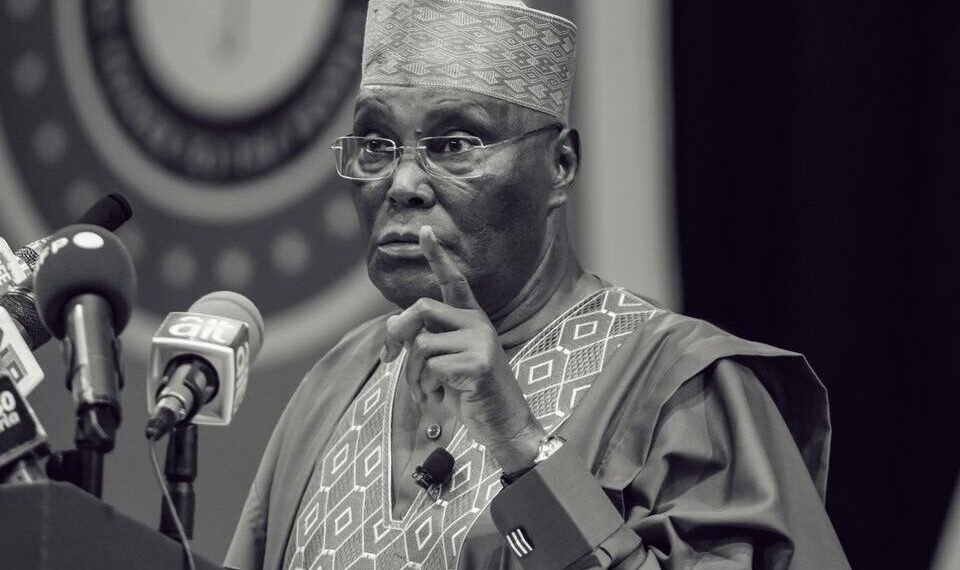 Mr Atiku said any attack on worshippers is a red line

Former Vice President of Nigeria and presidential candidate of the Peoples Democratic Party, Atiku Abubakar, has said he is devastated by reports of loss of scores of lives following the attack on St. Francis Catholic Church, Owa-luwa, in Owo

Mr Atiku in a statement by his Media Adviser, Paul Ibe, condemned the attack and any such attack on a worship centre as unacceptable.

“Any attack on innocent citizens indeed of a gathering of worshippers in any place in Nigeria stands condemned; it is a red line,” Mr Atiku said.

“My prayers are with the people of Owo, especially families of the deceased. I do hope that the state government and relevant security agencies will leave no stones unturned in apprehending the criminals.

“I condole with all the affected families; the St. Francis Catholic Church Owa-luwa; the body of Catholic faithful in Nigeria and the people and government of Ondo State.

“Even as I pray that someday, very soon, we shall have a lasting solution to these painful episodes, I urge the security agencies not to relent in their efforts to fish out the culprits and bring them to justice.”

Governor Kayode Fayemi of Ekiti described the killing of the worshippers as barbaric, in a statement by his Chief Press Secretary, Yinka Oyebode.

According to him, there can never be any justification for the heinous behaviour of the assailants.

The governor also commiserated with Governor Rotimi Akeredolu (SAN) and the people of Ondo State on the incident.

He urged security agencies in the state to ensure that the perpetrators of the crime were apprehended and made to face the wrath of the law.

“The perpetrators of this dastardly act should not go unpunished. We call on relevant security agencies in the state to spring into action and ensure that they are brought to book.

“Our condolences to the government and good people of Ondo state as well as families that lost their loved ones in the carnage,” he said.

In solidarity with the sister state, the governor, however, directed the Ekiti Commissioner for Health and Human Services, Banji Filani, to immediately send human and medical resources to Ondo state.