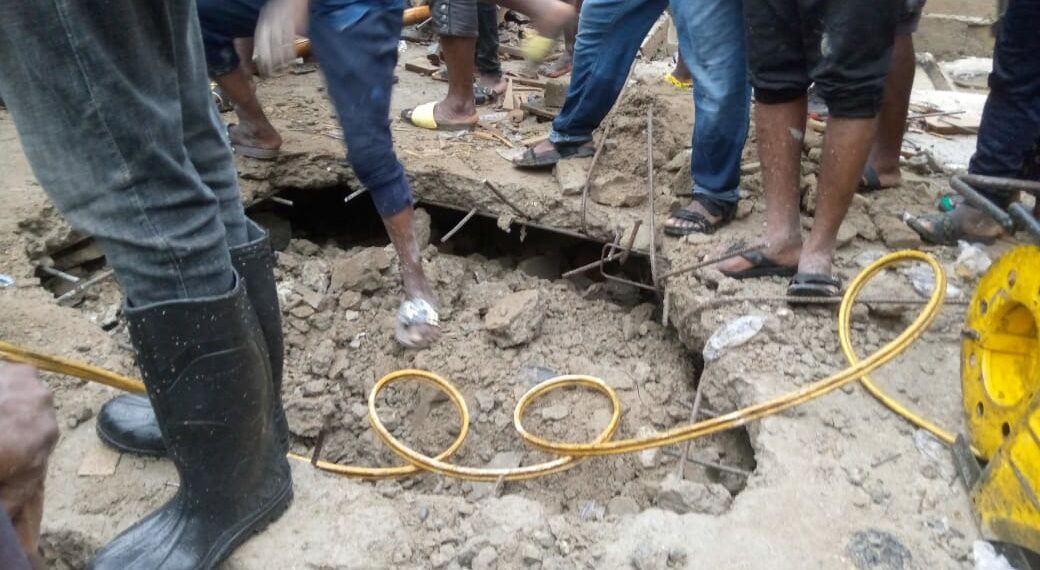 Five people were rescued and taken to a hospital

The Lagos State Emergency Management Agency (LASEMA) on Sunday said rescue operations at the site of a building collapse in Lagos Island have been concluded.

Nosa Okunbor, the spokesperson of the Lagos State Emergency Management Agency (LASEMA), in a statement, said that a total of four bodies were recovered.

He also said that five people were rescued and have been taken to a hospital.

On Saturday, a four-storey building under construction at 4, Alayaki Lane, Lagos Island, collapsed with many trapped within.

The agency said that the building was previously sealed by the Lagos State Building Control Agency (LASBCA) for a violation but the developer continued “clandestine operations mostly at night and at the weekends.”

“After several hours of intense overnight Search and Rescue Operation coordinated by the PS LASEMA, Dr. Oluwafemi Oke-Osanyintolu and combined efforts of three LASEMA Response Teams from Lekki, Cappa and the Alausa Command Control Center (C3), a total of five adult males were rescued and taken to nearest hospitals for further treatment,” the statement read.

ALSO READ: One dead, many trapped as another building collapses in Lagos

“However, four adult males were recovered (dead), bagged and handed over to officials of the State Environmental Health Monitoring Unit, SEHMU to be processed further after being deposited at the mortuary.”

The agency said that the collapsed building has been taken down to ground zero “with the use of its heavy-duty equipment – the Excavator, thereby eliminating any further threat to lives and all other proximal properties.”