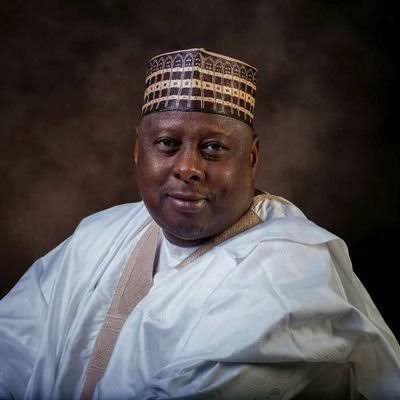 The former House of Representatives member was accused of submitting fake certificates to INEC by a PDP member in the state.

A chieftain of the opposition Peoples Democratic Party (PDP) in Kaduna State, Isah Ashiru, who was accused of certificate forgery, has been cleared by a court in the state.

The former House of Representatives member was accused of submitting fake certificates to INEC by a PDP member in the state.

Mr Ashiru, who was the candidate of the PDP in 2019, election denied the allegation.

“All my educational results and certificates are authentic. There is no single one that I have doubts about. I wrote my WAEC and got into the polytechnic in Katsina. I did my HND at Kaduna Polytechnic afterwards. I also did my PGD (post-graduate studies), at Kaduna Polytechnic and participated in the mandatory NYSC. I served in Borno State,” he told PREMIUM TIMES in an exclusive interview.

Speaking with newsmen on Thursday, the Director of Legal Services of Mr Ashiru’s Campaign Organisation, Husaini Abdu, said having been cleared fit, he is therefore qualified to contest for the PDP primaries in Kaduna.

A recent high court judgment in Zaria has dismissed the allegations of fake results and not having the minimum educational qualification to contest for governor, instituted against him by a PDP member, Isah Abdullahi.

Mr Abdu said: “We are compiling the list of those that have defamed the aspirant for prosecution except they retract their statement, publish a retraction in two national dailies and take further steps to show remorse from their action.

” The plaintiff filed a suit against Rt. Hon. Isah Ashiru at the Kaduna High Court 1 sitting in Zaria, alleging that he does not have the minimum educational qualification to contest for governor in Kaduna state and seeking some relief.

“But Ashiru filed a counterclaim seeking to be declared fit and qualified to contest and seeking N1 million damages for defamation of his character.

“Rt. Hon. Isah Ashiru tendered six documents including his GCE certificate issued to him in January 1980 by Kufena College, Zaria. A national diploma and a higher national diploma from a polytechnic, a PGD and a Master’s degree in public administration by Bayero University, Kano.”

According to Mr Abdu, the suit was dismissed by Justice M. K. Dabo on May 9.

” The case was dismissed not struck out, so it can not be returned back to the court forever except it is appealed and to the best of our knowledge up till this moment, it has not been appealed.

“The plaintiff has fulfilled part of the rulings by publishing a retraction in a national daily but he is yet to publish the second and pay the damages to the defendant.” Mr Abdu concluded.

PREMIUM TIMES has obtained a newspaper clipping signed by Mr Isah, apologising to Mr Ashiru as directed by the court.

Mr Ashiru is said to be the preferred candidate of a former governor of Kaduna and PDP chieftain, Ahmed Makarfi.

Also in the race are a former NEMA boss, Sani Sidi, and former senators, Shehu Sani and Datti Baba-Ahmed.