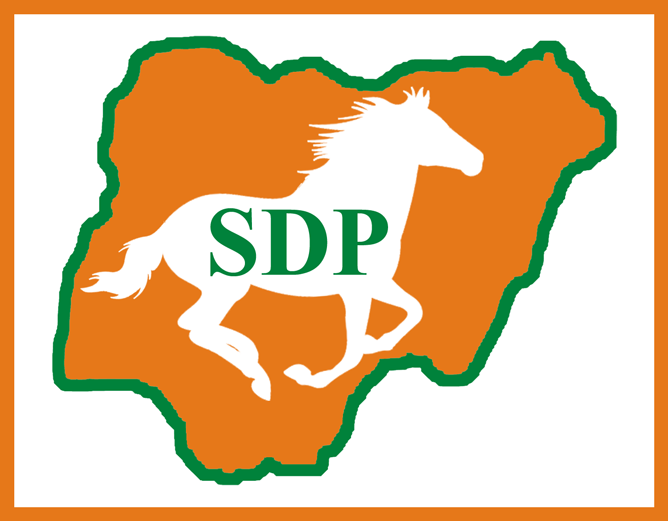 “At the Congress, the new state leadership was duly elected. We, therefore, aver that Mr Dele Ogunbameru, Sola Agboola, and his ilk lack the constitutional authority to convene a State Congress."

The crisis facing the Social Democratic Party (SDP) in Ondo State may have worsened as one faction on Monday held a parallel congress to elect new officers in the state executive committee.

An earlier congress had been held in Akure on April 9 where the party elected officials to take over from the existing committee.

But a statement from the SDP Secretariat by its Chairman and Secretary, Stephen Adewale and Adebola Aina, respectively, denounced the Monday congress, saying those behind it intend to cause disaffection and rancour within the party.

According to the statement, the congress aims to engender “opprobrium and portray the party as an irresponsible political institution in the eyes of the good people of Ondo State, who love and hold the SDP in high regard as a credible alternative political party and a beacon of hope for national recovery, especially as 2023 approaches.”

The congress was held at the Royal Birds Hotel in Ijapo, Akure, convened by a former Chairman of the party, Dele Ogunbameru, and others, the statement said.

“The Ondo State Congress of our great party has been constitutionally conducted on the 9th April 2022, with the presence of the security agencies and properly monitored by the officials of the Independent National Electoral Commission (INEC) in compliance with the Electoral provision,” the statement further read.

“At the Congress, the new state leadership was duly elected. We, therefore, aver that Mr Dele Ogunbameru, Sola Agboola, and his ilk lack the constitutional authority to convene a State Congress.

“Also, on May 12, 2022, we successfully elected delegates for our Congresses and Convention. While the Congress was well attended by the delegates from all the 18 local government areas of the state and was monitored by the officials of the Independent National Electoral Commission (INEC) for proper documentation and authentication.

“We hereby wish to add and also reinstate the fact that Dele Ogunbameru is no longer the Chairman of the party in Ondo State and that Sola Agboola had earlier been formally suspended by the National Working Committee (NWC) since 27th January 2020, for gross misconduct and fraudulent activities, and these two actions were duly communicated to the Office of the Chairman of INEC and security agencies.”

The statement further warned that if the activities of Mr Ogunbameru along with his cohorts were not checked, it could lead to a significant breach of peace across the state, especially if thousands of other genuine members of the party decide to challenge or confront the “Ogunbameru’s gang” in order to safeguard the party’s true interest.

However, Mr Ogunbameru, who spoke to PREMIUM TIMES on the phone, noted that the April 9 congress was a nullity having violated the relevant provisions of the constitution of the party.

Hence, he said, his committee decided to hold a “proper congress” on Monday where genuine members of the party were democratically elected to fill the vacant positions.

According to Mr Ogunbameru, those behind the corruption of the process did what they did because of their political interest ahead of the 2023 general elections.

He alleged that a presidential aspirant, which he did not name, was manipulating the process and derailing the party into unconstitutional activities.

“A presidential aspirant, who is not even a candidate yet, is coming to decide what should be done, and handpicking persons for positions in the party,” he said.

“As I speak to you, I do not know the persons who are said to have been elected to take over from me as the Chairman of the state SDP. How can someone assume your position without you even knowing the person?

“This is all because of the 2023 election. We are insisting on following the process and conducting a proper congress and that is what we have done.”

The suspension was later countered by the other faction, which is also claiming legitimacy and had the backing of the national secretariat.

Sri Lanka out of petrol as economic crisis deepens