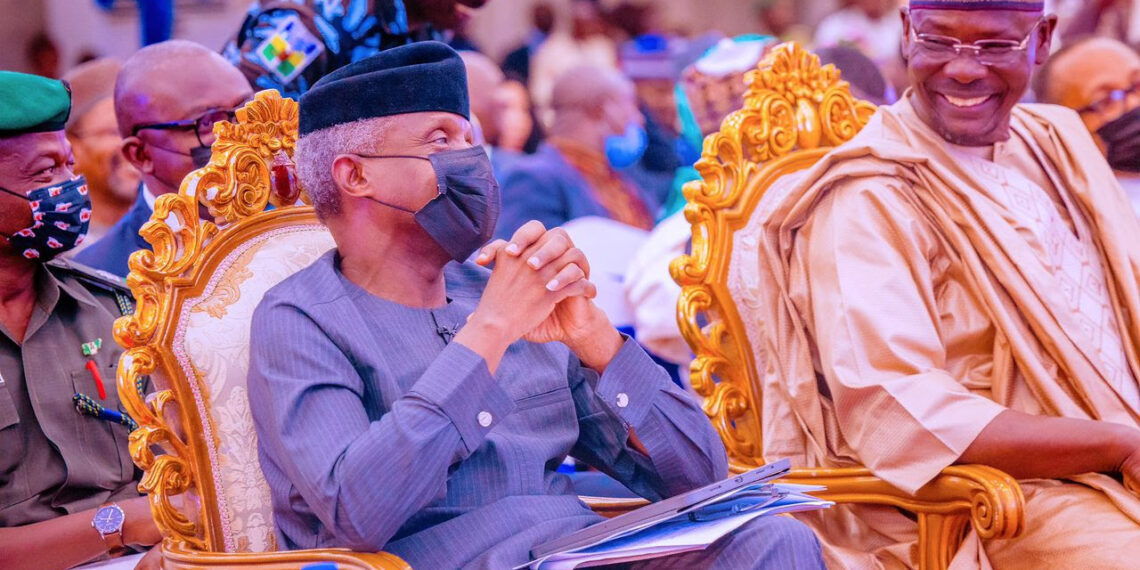 Vice President Yemi Osinbajo continued his ongoing consultations and engagements with stakeholders and delegates of the All Progressives Congress (APC) on Wednesday in Nasarawa State, with the State Governor and Emir of Lafia commending his leadership qualities, describing him as the best among the aspirants to become Nigeria’s next president in 2023.

Also, in Nasarawa State yesterday, the vice president delivered the keynote at the inaugural Nasarawa Investment Summit, with the theme “Diamond in the Rough: The Making of a New Investment Frontier.”

Mr Osinbajo was warmly received in Nasarawa State by Governor Abdullahi Sule; the APC National Chairman, Abdullahi Adamu and other senior state government officials, with much dancing and singing from supporters and residents in the state.

In their remarks, both Governor Abdullahi Sule and the monarch, Justice Sidi Muhammad I, praised Mr Osinbajo, with the emir recalling that the VP is the “Madugun Jihar Nasarawa (The Captain/Leader of Nasarawa State).”

According to the Emir of Lafia, the best should be put in positions of leadership, adding that “Mr Vice President, you are the best. 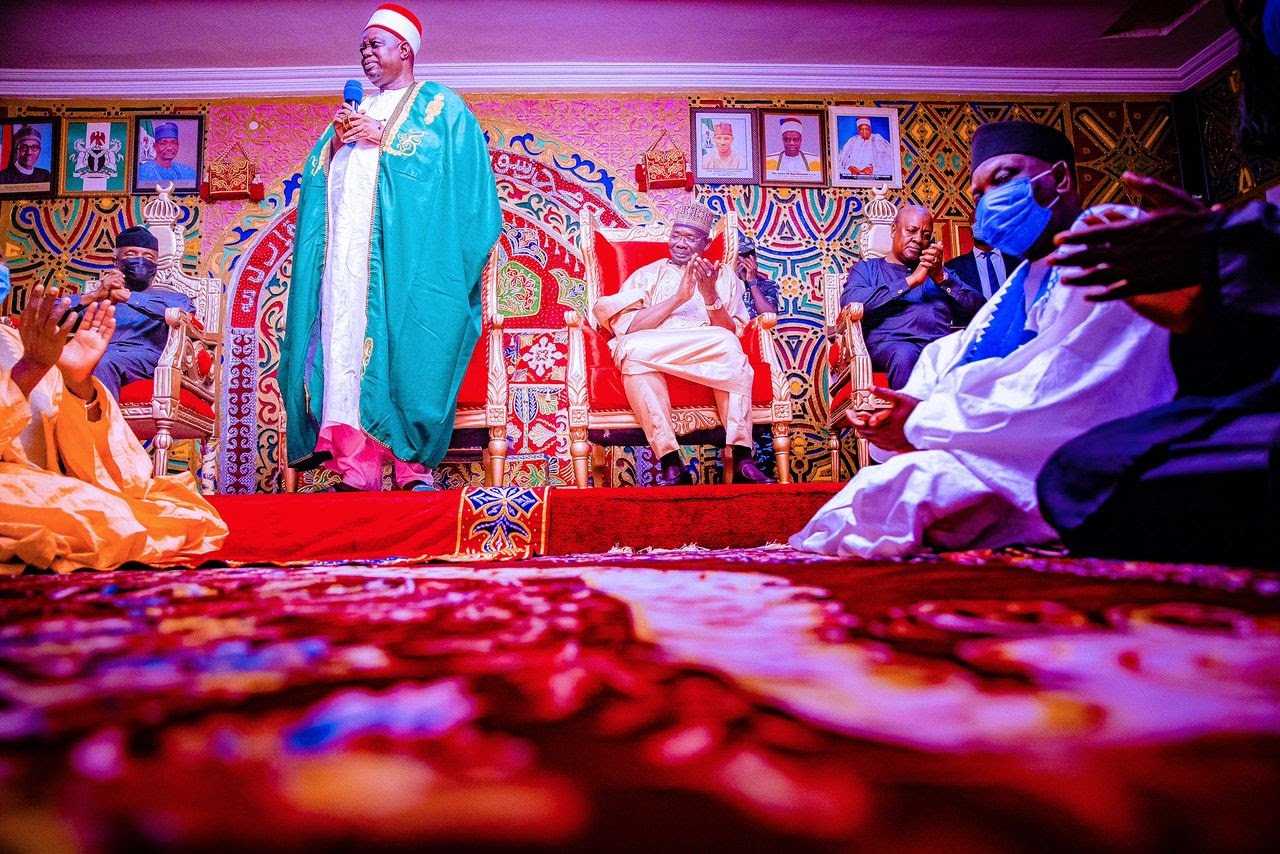 “I wish you all the best. For us here, the little we can do is to put you in our prayers and the best should come out of you.”

Also, Governor Sule noted that the Vice President was the best person to lead Nigeria as its next president in 2023.

Noting that even though there are several aspirants who have now declared their intention to run for president in 2023, the Nasarawa State Governor stated that “in reality, there is no better candidate or aspirant” than Mr Osinbajo.

“Your Excellency, we believe in you, we strongly believe in you. For that reason, we pray for you. We pray that good things will be done for you,” Governor Sule added.

During his interactions with the APC delegates in the state, Mr Osinbajo restated that his decision to run for president was because he wanted to give the best of his service to Nigeria.

The VP addressed various issues raised by the delegates, including restoring the confidence of ordinary Nigerians in the judiciary, and the representation of women in government.

“I think that any country that wants to take itself seriously cannot afford to ignore half of its population; about half of our population are women. God helping us, if I am president of this country, there is no question in my mind that women will play very active roles,” Mr Osinbajo stated. 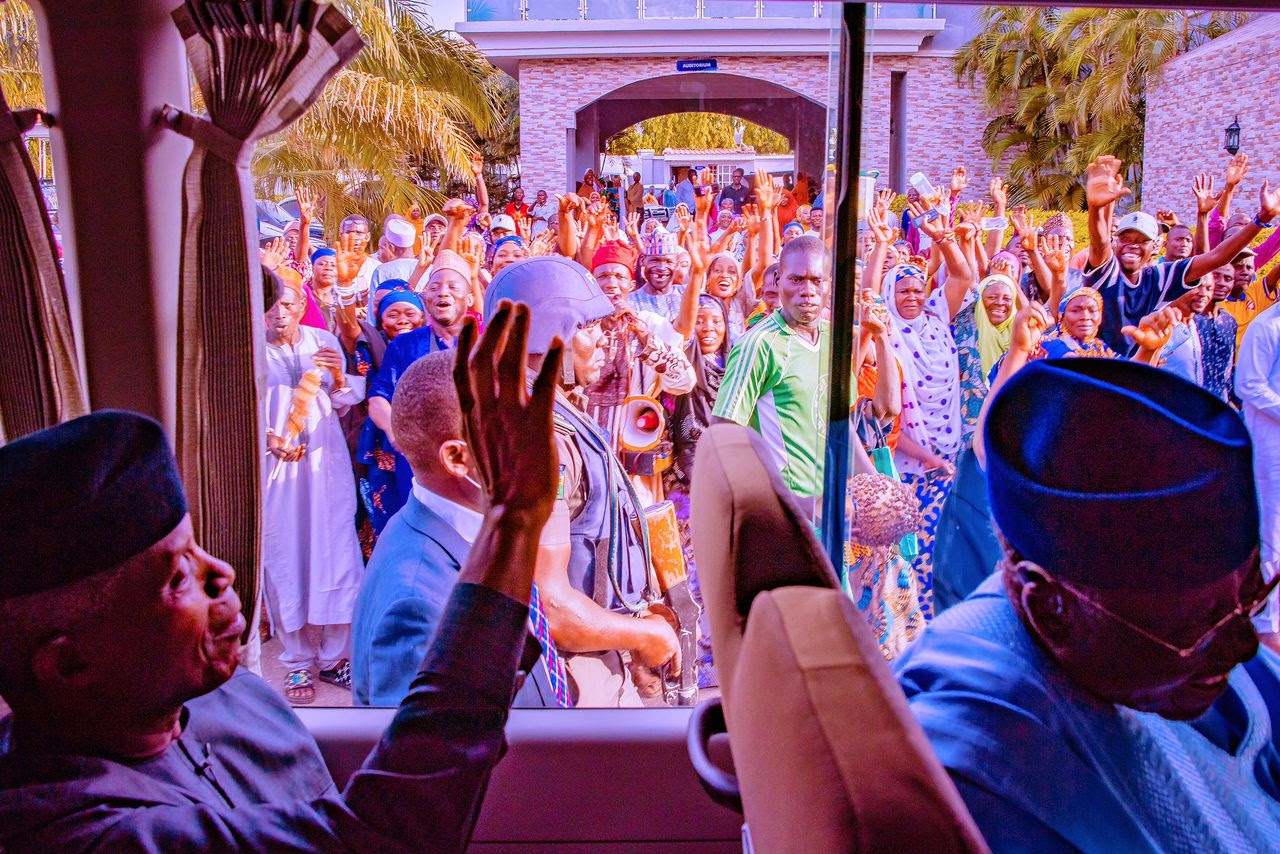 He also highlighted the efforts of the Buhari administration in tackling issues in security, education and the power sector, among others.

Earlier at the inaugural Nasarawa Investment Summit, the vice president noted in his remarks that states must explore concrete ways of collaboration with the Federal Government and private sector so as to further boost and harness their investment potential.

The VP pointed out the “strong public-private partnership models being promoted by Nasarawa Investment and Development Agency (NASIDA), so the private sector is able to bring resources, expertise and motivation to the table, to fill in capacity and resource gaps on the part of the government.”

In boosting the investment drive, the VP added, “I think it is also quite clear that Public sector reform, especially capacity enhancement, is crucial to the delivery of public goods. especially health, education, potable water, sanitation and housing and the success of the other giant strides being taken by Governor Abdullahi Sule and his team.”

“Reform of the civil service is one of the reform areas indicated in the Nasarawa Economic Development Strategy (NEDS) document. Current successes include the rationalization of ministries to 13 and the introduction of compulsory computer literacy training. Ongoing reforms must be institutionalised to ensure a lasting legacy.”

The vice president also commended the foresight of the state governor in developing the NEDS, which has seen the state’s Internally Generated Revenue (IGR) boosted by 66 per cent from N12.48 billion in 2020 to N20.8 billion in 2021 despite the severe economic impact of COVID-19 pandemic.

He also referenced the state’s “Ease of Doing Business Reforms, and, especially the establishment of NASIDA, a one-stop-shop for the initiation, promotion and facilitation of investments in the state.

Focusing on the theme of the summit, which he described as pragmatic and forward-looking, the VP stated that just like there are many facets to a diamond, there are many sides to the potential for investment in Nasarawa State.

He pointed out the state’s potential in solid minerals and agriculture, among other areas to attract investments.

Noting the state’s slogan as the “Home of Solid Minerals”, the VP stated that there is great scope for building a successful mining industry in Nasarawa State. 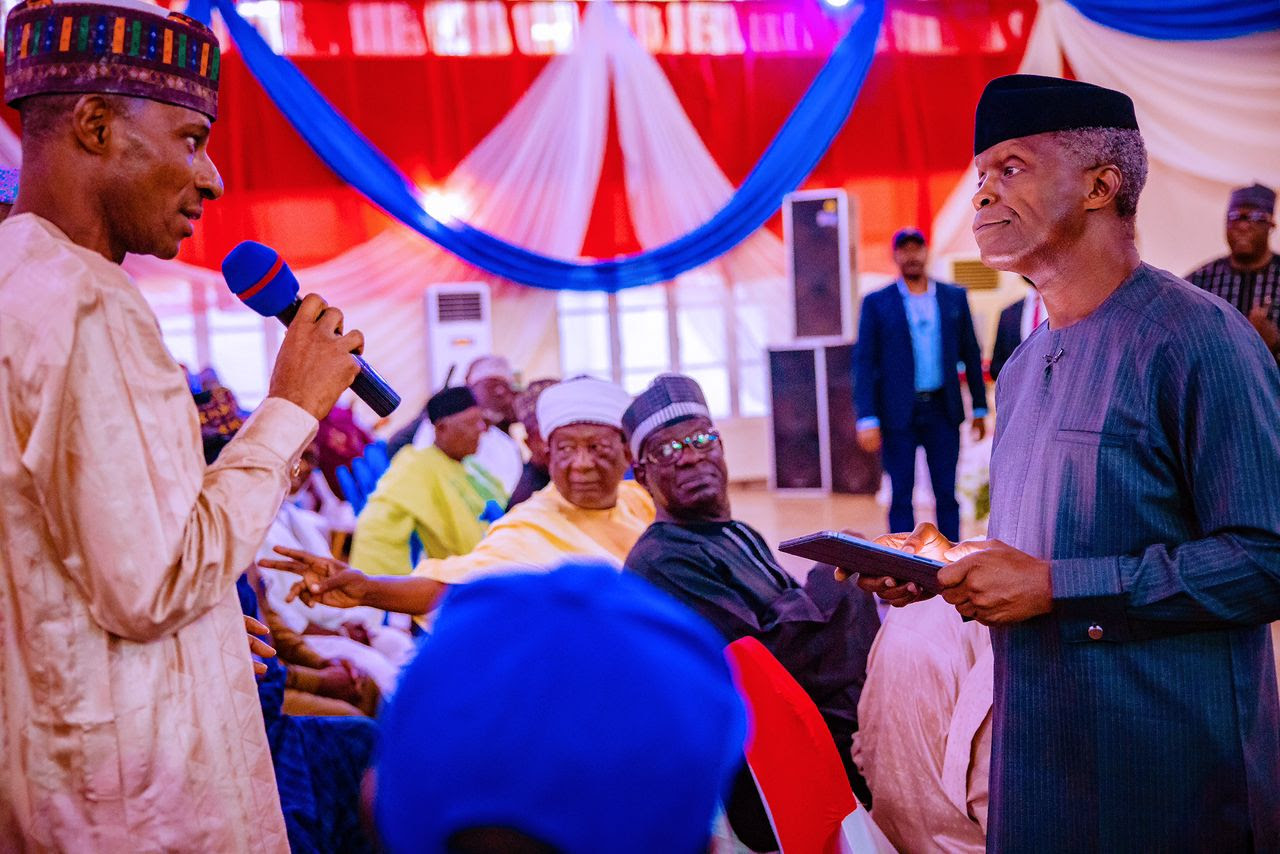 Mr Osinbajo observed that the national success recorded in the cement industry was “based on the plentiful availability of limestone deposits which is positive proof of the potential of value-adding activities in the mining sector in Nasarawa State.”

The VP also pointed out the potential in increasing the State’s Internally Generated Revenue, noting that “Nasarawa State shares borders with six states and the FCT. I expect that this and future investment summits will showcase the potential of the state as a logistics hub for the movement of people and goods between its neighbours.”

The Vice President commended Governor Sule and his team for their great vision, hard work and efforts in transforming Nasarawa State in the last three years.

In his remarks, Governor Sule stated that “the summit is aimed at positioning Nasarawa State as the investment destination amongst the top three most competitive States in Nigeria, in terms of accelerated growth, increased economic opportunities, social inclusion and improved quality of life of the citizenry.”

He further stated that “in line with the NEDS documents, we have also attracted additional investments from Dangote Industries Ltd, Azman Rice Ltd, Flour Mills of Nigeria Plc, as well as utilisation of our various assets, including markets, fertilizer blending plants, packaging company, as well as exportation.”

Others are the Special Adviser to the President on Ease of Doing Business, Jumoke Oduwole; President, Dangote Group of Companies, Aliko Dangote; Director-General, Nigeria Governors’ Forum, A. B. Okauru; and Koyinsola Ajayi, a Senior Advocate of Nigeria.