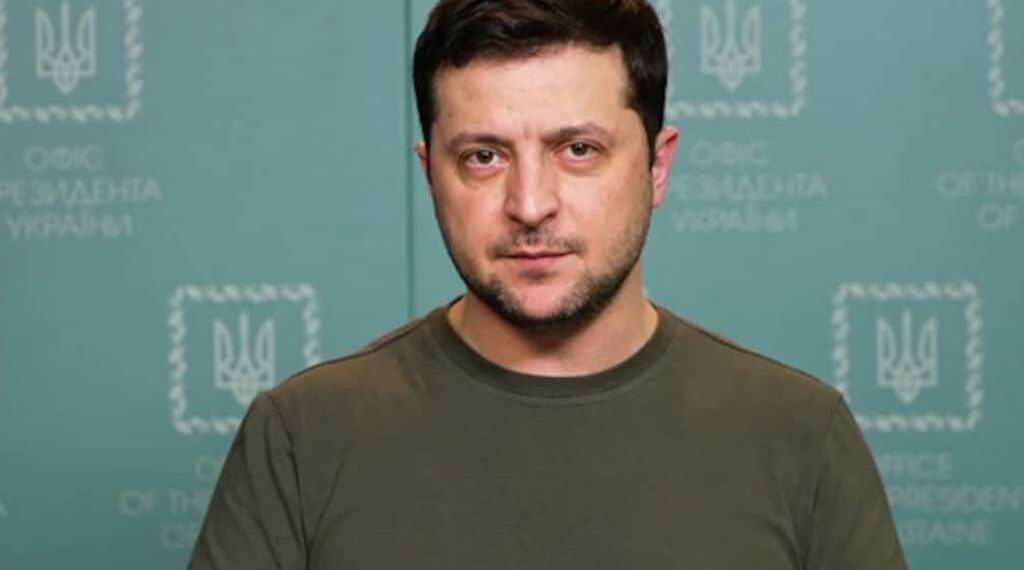 “Taking a Ukrainian flag away from peaceful protesters is an attack on everyone who now defends Europe and Germany from Russian aggression with this flag in hands."

“Berlin made a mistake by prohibiting Ukrainian symbols.

“It’s deeply false to treat them equally with Russian symbols.

“Taking a Ukrainian flag away from peaceful protesters is an attack on everyone who now defends Europe and Germany from Russian aggression with this flag in hands,” Foreign Minister Dmytro Kuleba said in a statement issued on Monday.

The comments came in response to a decision by German authorities to impose restrictions, including a ban on Russian and Ukrainian flags.

It is taking place in 15 locations to prevent tensions between supporters of the two sides on the 77th anniversary of the end of World War II in Europe.

Both Ukrainian and red flags with Soviet references were displayed despite the ban.

Police officers repeatedly intervened, including on one occasion when a 25-metre-long Ukrainian flag was unfurled.

Among others, diplomats and veterans of the war were exempt from the ban.

Berlin authorities defended the restrictions, saying that their aim was to “prevent any confrontation” at the memorial sites, which were a tribute to both Russian and Ukrainian victims.