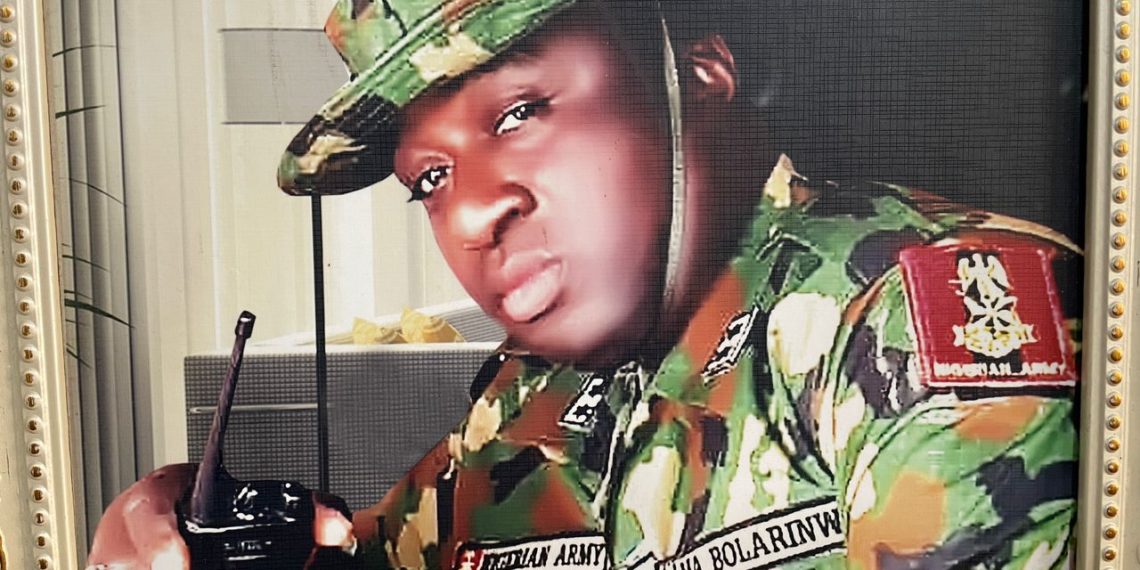 The court ordered the alleged remand of the fake Army General, Bolarinwa Abiodun, following his arraignment by the EFCC on 13 counts of fraud , forgery and other charges on Monday.

The judge, Oluwatoyin Taiwo, ordered Mr Abiodun’s remand following his arraignment by the Economic and Financial Crimes Commission (EFCC) on 13 counts of fraud, forgery and other charges.

The judge ordered his detention at the Ikoyi Correctional Centre, Lagos, pending the hearing of his bail application scheduled for April 14.

EFCC’s spokesperson, Wilson Uwujaren, said in a statement that the commission charged Mr Abiodun with obtaining money by false pretence, forgery of documents and possession of documents containing false pretence among other charges.

The commission said the alleged fraud, involving about N266,500,000, was reported by a firm, Kodef Clearing Resources.

The defendant pleaded not guilty to all the charges.

How alleged fraud was perpetrated

EFCC said Mr Bolarinwa perpetrated the alleged fraud by posing as a General in the Nigerian Army.

It said the defendant made false representations to the complainant, Kodef Clearing Resources, that President Muhammadu Buhari had short-listed him and one other to be appointed as the Chief of Army Staff, COAS.

He had allegedly told the complainant that he needed a short grant to “press and process the appointment.”

Mr Abiodun, who was arrested at his house in the Alagbado area of Lagos State on Wednesday, January 12, 2022, also allegedly forged a letter of appointment as COAS purportedly signed by the president and showed the same to the victim to further prove his claim.

In the said letter, he claimed that he needed to pay a certain amount of money into the coffers of the Federal Government of Nigeria, as part of the requirements for the appointment as COAS.

Mr Abiodun is also alleged to have, in May 2020, forged a Nigeria Army Identity Card with serial number 387140, claiming the same to have been issued to him from the Nigerian Army.

He is also accused of being in possession of a forged certificate of confirmation dated November 7, 2018, purporting the same to have emanated from the Nigerian Army Headquarters.

EFCC also accused him of being in possession of a forged document titled, ‘Letter of Authorisation’, purportedly signed by Mr Obasanjo permitting one Bamidele Olusegun Safiriyu of De-Rock Maritime Resource L.T.D. to enter Apapa Port freely and load their truck.

The commission also said six pump action guns, three cartridge bullets, a swagger stick, and several forged documents were recovered from him when he was arrested.

Following the defendant’s “not guilty” plea, the prosecuting counsel, A.O. Muhammed, urged the court to fix a date for trial and remand him at the facility of the Nigerian Correctional Service.

But the defence counsel, Kayode Lawal, informed the court that he had filed an application for his client’s bail.

The prosecution acknowledged receipt on April 8, 2022, noting that “we are still within time to respond and we intend to respond”.

Mr Lawal urged the court to grant a short adjournment of the case.

The judge, Oluwatoyin Taiwo, adjourned till Thursday, April 14, and ordered that the defendant be remanded at Ikoyi Correctional Centre, Lagos.

One of the counts reads: “Bolarinwa Oluwasegun Abiodun, between 15th June, 2020 and 31st December 2020 in Lagos, within the jurisdiction of this Honourable Court, with intent to defraud and whilst holding yourself out as a General in the Nigerian Army, obtained the sum of N111,400,000 from Kodef Clearing Resources Limited, under the pretence that the sum represented part of the amount expended to “press and process” your incoming appointment by the President and Commander-in-Chief of the Armed Forces, as the CHIEF OF ARMY STAFF of the Nigerian Army, which pretence you knew to be false.”

Another count reads: “Bolarinwa Oluwasegun Abiodun, sometime in May 2020 in Lagos within the jurisdiction of this Honourable Court, knowingly forged LETTER OF APPOINTMENT AS CHIEF OF ARMY STAFF dated 20th May 2020 and purported the said document to have emanated from the President of the Federal Republic of Nigeria, which document you know to be false.”