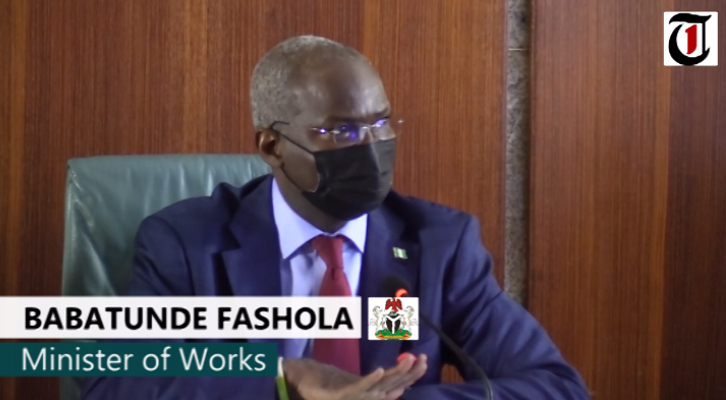 The augmentation was for N9.446 billion, which will result in an increase of the contract price to a total of N16.924 billion.

The Federal Executive Council (FEC) has approved N29.2 billion for the completion and rehabilitation of road projects in some parts of the country.

Minister of Works and Housing, Babatunde Fashola, revealed this while briefing State House correspondents at the end of the Council meeting, presided over by President Muhammadu Buhari, in Abuja on Wednesday.

Mr Fashola disclosed that N9.4 billion of the amount was an augmentation for Zaria-Funtua road linking Kaduna and Katsina states.

He said: “Three memoranda were presented by the Ministry to the Federal Executive Council.

“The augmentation was for N9.446 billion, which will result in an increase of the contract price to a total of N16.924 billion.

“The augmentation caters for an extension of the scope of works on that section, from 26 kilometers to a total of 64 kilometers.

“It also caters for the improvement of the pavement from a laterite-based pavement to a cement-based, concrete-mixed, stone-base pavement.

“It also makes provision for extensive drainage works to accommodate increasing rain flow and flooding patterns that we have observed in the last few years. Council approved that memorandum.”

He said the second approval centered on the activities of the Federal roads Maintenance Agency (FERMA).

“The second memorandum was presented by the ministry on behalf of one of her parastatals, the Federal Roads Maintenance Agency (FERMA), with statutory responsibility for maintenance and rehabilitation of certain roads.

“And in this regard, FERMA requested and Council approved contracts award to rehabilitate Kwayakusar-Milda Road in Borno. Value of the award is N6, 271,985,441.20,” he explained.

He also said over N13 billion was approved for the rehabilitation of a road in Abia State.

“The third one, which Council approved today, was the rehabilitation of the Uturu-Isikwato-Akara Road in Abia,” he added.

How my ‘village people’ poisoned me twice – Mr Ibu