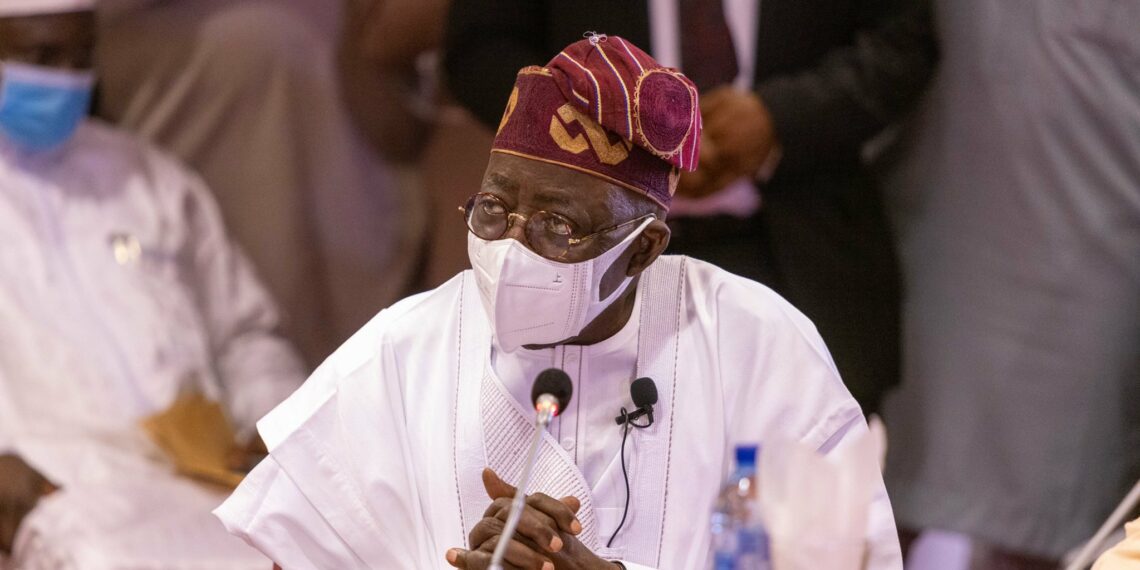 Vice President Yemi Osinbajo and his wife, Dolapo, have congratulated Bola Tinubu, a former governor of Lagos State, on his 70th birthday.

Mr Osinbajo, in a statement he signed on Tuesday in Abuja, prayed that God would grant Mr Tinubu strength, wisdom and favour.

Mr Tinubu, a presidential aspirant on the APC platform and first Governor of Lagos State in the present Fourth Republic, clocks 70 on March 29.

“It gives Dolapo and I great pleasure to send you our heartfelt birthday felicitations,” said Mr Osinbajo, who served as the Attorney-General and Commissioner for Justice when Mr Tinubu was the Lagos governor.

“And it is a unique one indeed; the Platinum Jubilee and the completion of yet another remarkable decade.

“It is also an opportune time to give thanks to God Almighty for your service to the nation – as Senator of the Federal Republic, Governor of Lagos State and a founding leader of the All Progressives Congress.”

The vice president said that in confronting the many challenges which came with the transition to democracy in 1999, Mr Tinubu showed leadership and was always ready to push the boundaries.

He said that Mr Tinubu not only queried the limitations which had beset Nigeria’s federalism, he actively encouraged the use of the legal process in clarifying the constitution.

“Asiwaju, your decades of sterling contributions in the public and political spheres are remarkable.

“In particular, your endeavours in the advancement of federalism, electoral reform, and party organisation have helped to enrich our democratic experience.

“We join your entire family, friends and associates to celebrate you on your 70th birthday and we pray that as your days, so shall your strength, wisdom and favour with God be.”

“He stood firmly on the side of the Nigerian people, even at the risk of losing his life and personal belongings during the dark days of the military junta.

“He took a position along with other progressives during the annulment of the June 12 struggle that led to the end of the military interregnum and was replaced with normal government, which we all enjoy today.

“With the return to democracy, Asiwaju displayed political astuteness, courage and sagacity to save Nigeria from degenerating into a one-party state.

“His financial wizardry and economic intellect, which he put to good use as the Governor of Lagos State, has taken our dear state to a greater height.

“Today, Lagos is the pride of Nigeria, occupying an enviable position as the fifth largest economy in Africa,” he said.

In his statement through his Chief Press Secretary, Richard Olatunde, Governor Oluwarotimi Akeredolu of Ondo State hailed Mr Tinubu’s resilience and commitment to creating standards in party politics and investments in political leadership.

“Jagaban, you remain a leader of leaders; a living legend bestriding our political firmament like a colossus.

“On this auspicious occasion of your 70th birthday, we salute your efforts and dedication to nation-building and national development.

“You are a man of many parts with legendary contributions to the development of our dear country.

“Your human capital development is alluring just as you have made personal sacrifices and deployed your political experiences for the benefit of the country.

“Today, you are still standing tall, desirous to offer more.

“Today, we celebrate your selfless service to the nation. We salute your doggedness and exemplary leadership.’’